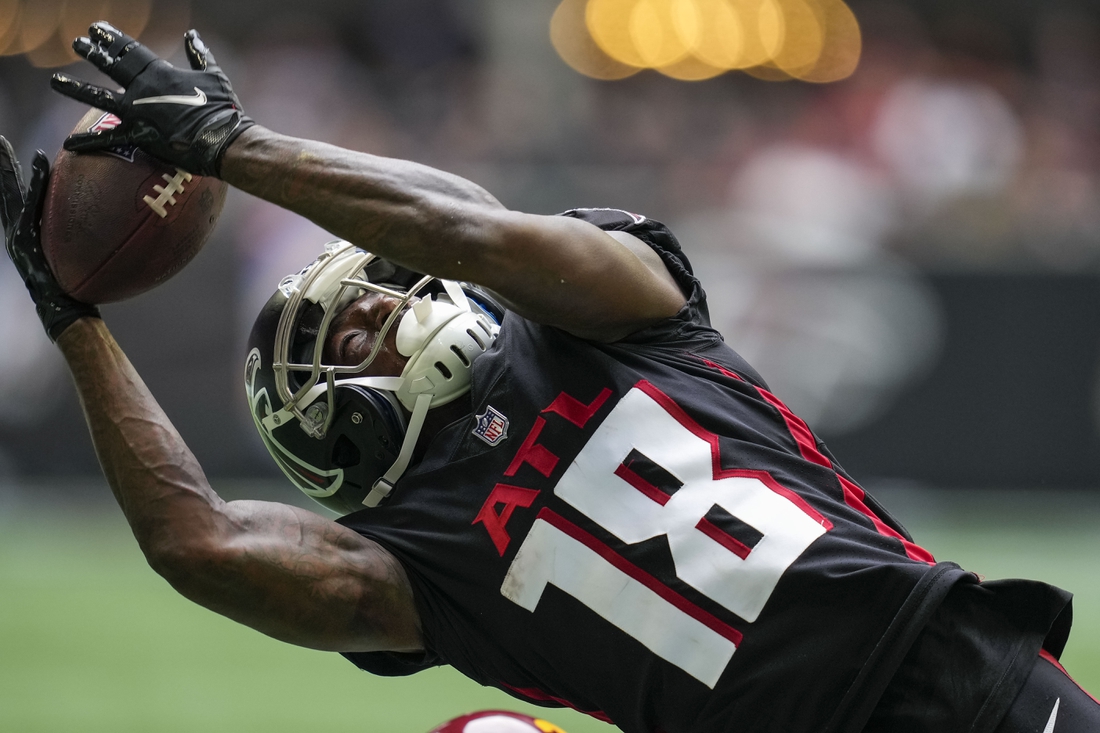 Atlanta Falcons standout receiver Calvin Ridley is not traveling to the club’s Sunday game in London against the New York Jets due to a personal matter, the team announced Thursday.

The Falcons also said that receiver Russell Gage and defensive tackle Marlon Davidson won’t make the trip due to their respective ankle injuries.

“Due to a personal matter, Calvin Ridley will not travel to the Falcons game in London this weekend,” the team said in a statement. “We are in support of Calvin during this time and will respect his privacy on the matter.”

The loss of Ridley is a big blow for the Falcons. He had career bests of 90 catches and 1,374 yards last season when he supplanted the since-departed Julio Jones as the team’s top wideout.

Gage will be missing his third consecutive game. He has five receptions for 28 yards.

Davidson will be sitting out his second straight game. He has eight tackles and one sack this season.