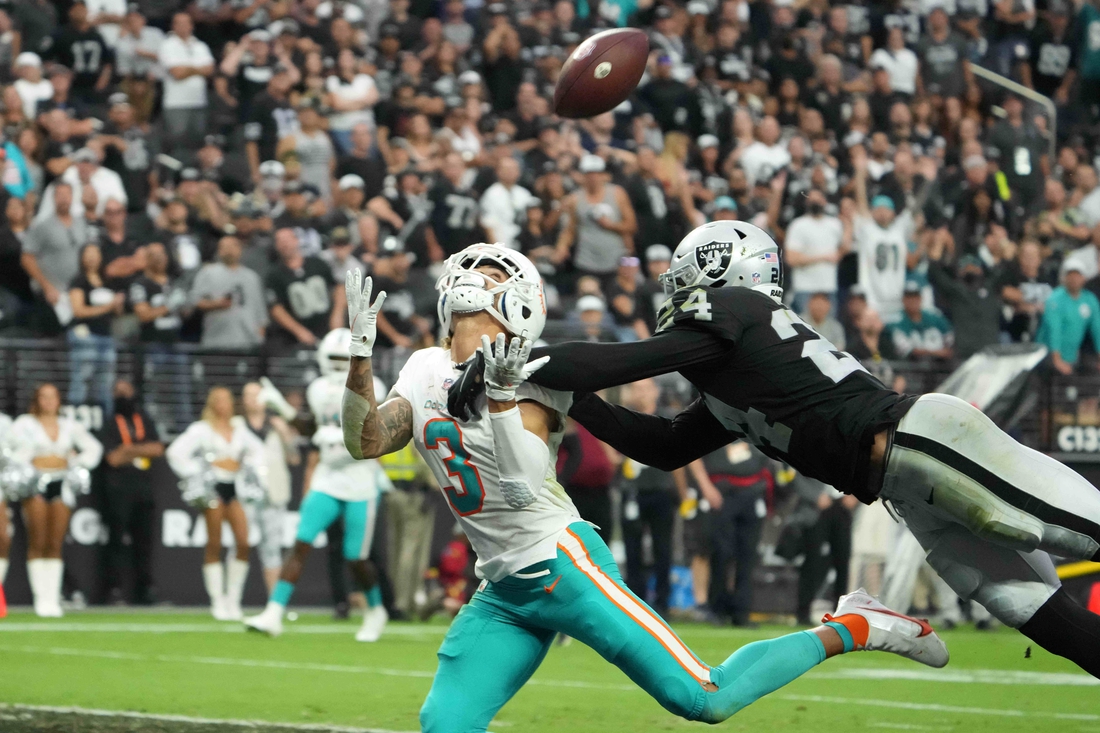 Miami wide receiver Will Fuller is considered to be week-to-week after breaking a finger during the Dolphins’ 27-17 home loss to Indianapolis on Sunday, head coach Brian Flores confirmed Monday.

Fuller, 27, left the game during the second quarter vs. the Colts and did not return. He exited shortly after trying to make a diving catch with 8:08 left in the quarter, recording one catch for 6 yards in his second game as a Dolphin.

In a Monday press conference, Flores said that Fuller is out for this Sunday’s matchup at Tampa Bay.

“We’re still running some tests to see how quickly he can get back,” said Flores, per the South Florida Sun-Sentinel.

Also injured during the second quarter Sunday was cornerback Byron Jones, who went out with a quad injury and did not return.

“We’ll see if he can practice Wednesday,” said Flores, according to the Miami Herald.

A first-round pick by the Houston Texans in 2016, Fuller signed a one-year, $10 million contract with Miami in March.

Last season, Fuller set career highs with 53 receptions for 879 yards and eight touchdowns in 11 games. He missed the final five games after receiving a six-game suspension for violating the league’s policy on performance-enhancing substances.

Fuller completed the punishment by sitting out Week 1 of the 2021 season, then missed Week 2 for personal reasons. He made his Miami debut last week at Las Vegas, catching three passes for 20 yards with a two-point conversion in the 31-28 overtime loss to the Raiders.