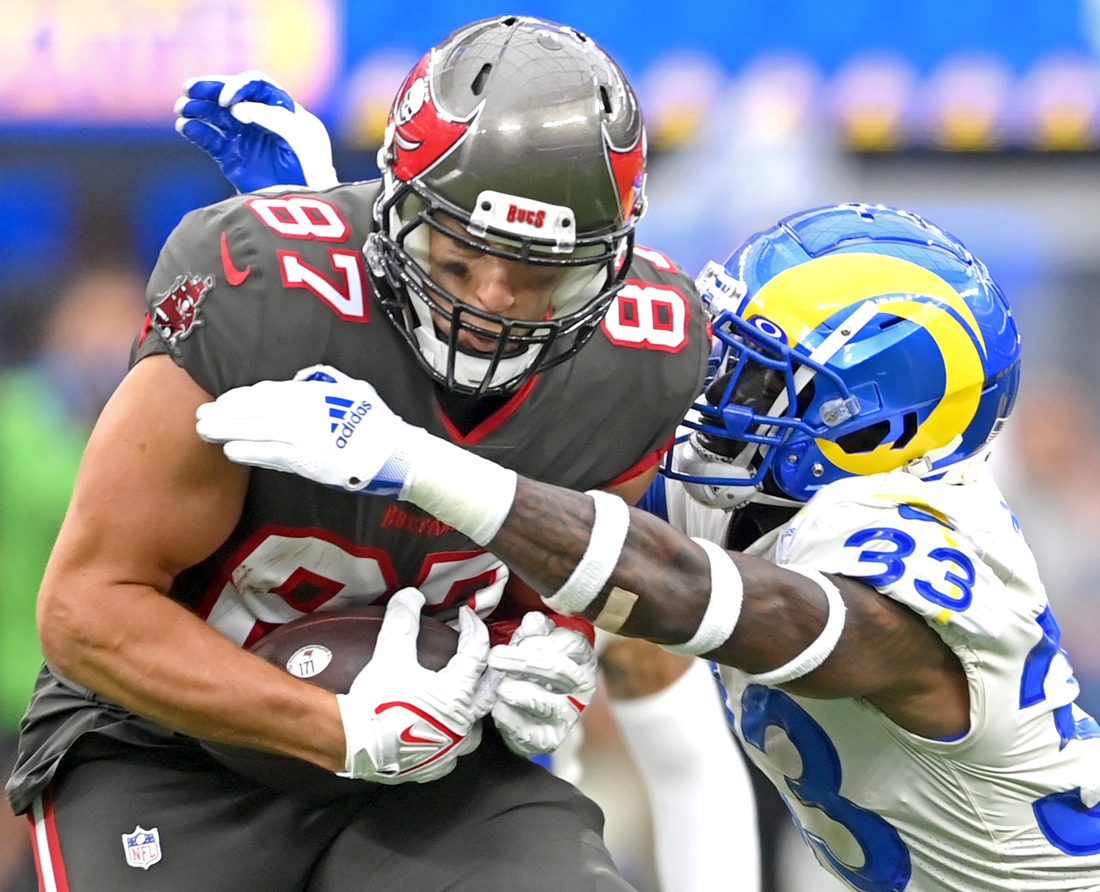 While those three players will not play for the Bucs (3-1) on Sunday, Arians said linebacker Jason Pierre-Paul (shoulder), cornerback Jamel Dean (knee) and running back Giovani Bernard (knee) are expected to draw back into the lineup. Pierre-Paul has missed the last two games, while Dean and Bernard sat out last Sunday’s 19-17 win over the New England Patriots.

Gronkowski previously told FOX Sports he sustained “four cracked ribs, one broken rib and a punctured lung” in the Week 3 loss to the Los Angeles Rams. He is expected to miss multiple weeks.

The injury forced Gronkowski to miss Sunday’s game against the Patriots, with whom he won three Super Bowl championships and was named an All-Pro four times in nine seasons.

Gronkowski, 32, has collected 16 receptions for 184 yards and four touchdowns this season.