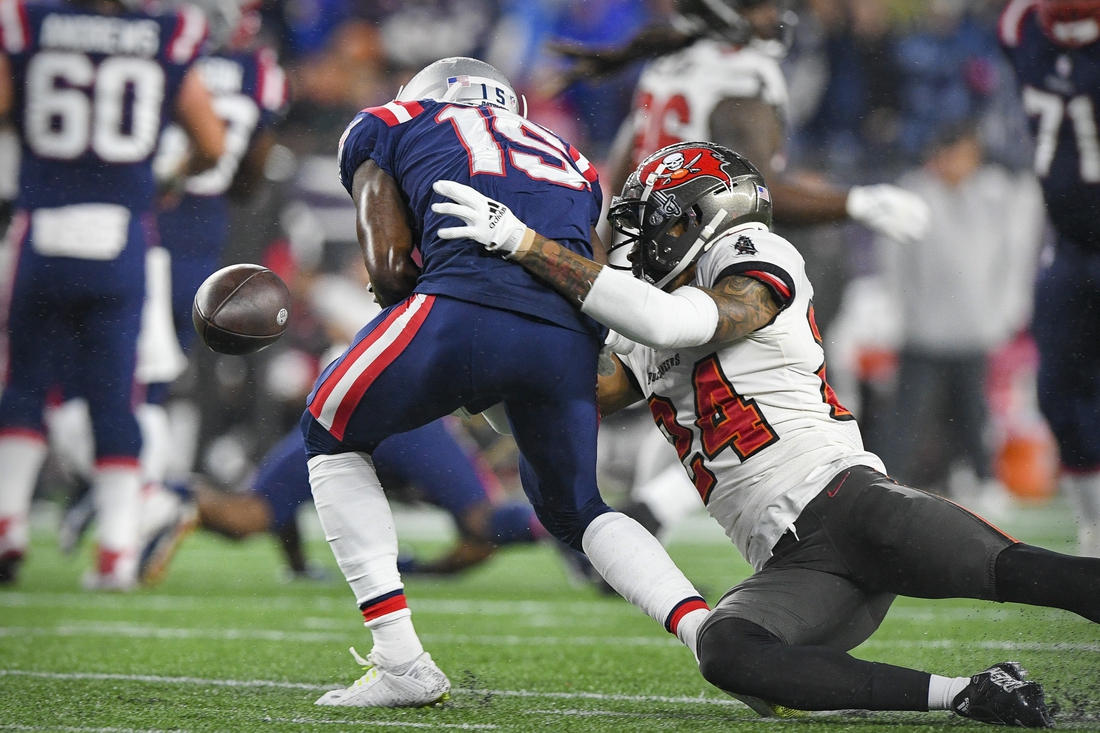 Davis was injured while playing on special teams with 1:49 left in the second quarter. He punched the turf in pain while lying face down and was eventually helped off the field.

The loss of Davis further weakened Tampa Bay’s cornerback position. The team was so strapped at the position that it signed Richard Sherman earlier this week and started him against the Patriots.

Davis has one interception this season and six in 45 career games (44 starts).