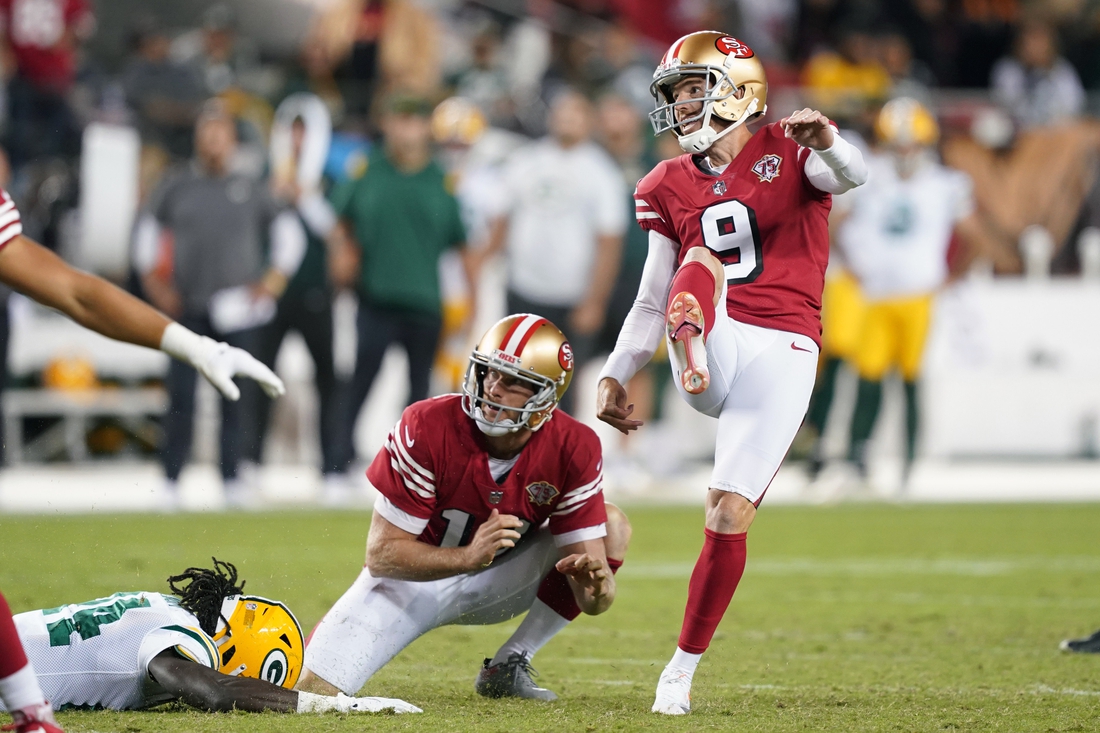 NFL Network reported Tuesday that the group of kickers to try out will include veterans Michael Badgley, Brett Maher and Joey Slye.

Badgley, 26, was waived by Tennessee on Sept. 13, a day after he missed a field goal and an extra point in the Titans’ 38-13 season-opening loss to the Arizona Cardinals. In the past three seasons with the Los Angeles Chargers, he connected on 80 percent (52 of 65) of his field goal attempts and 95.3 percent of extra point tries.

The Houston Texans cut Slye, 25, on Sept. 30. Slye made four of five field goals and converted seven of eight extra points in three games. He was released by the Carolina Panthers earlier this year after two seasons.

Gould, 38, suffered a groin injury before Sunday’s loss to the Seattle Seahawks that will keep him out three to five weeks, coach Kyle Shanahan said Monday. In his absence, punter Mitch Wishnowsky stepped in and missed a 41-yard field goal and an extra point.