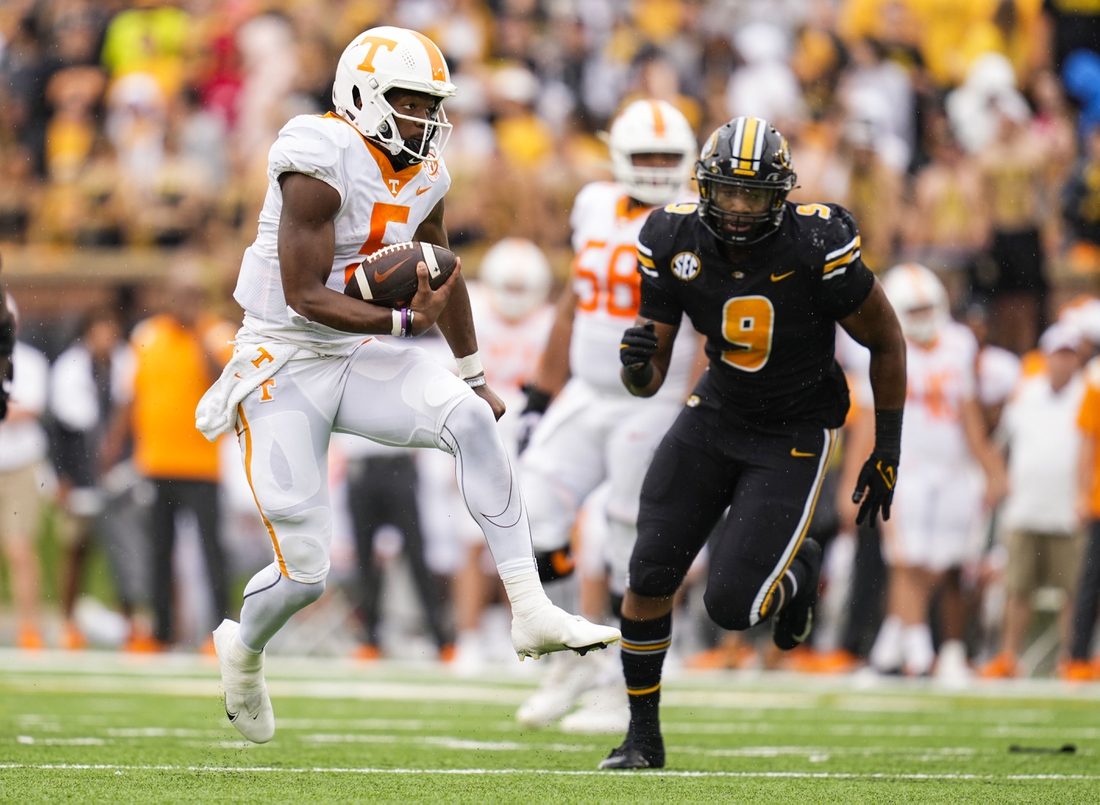 The Tennessee Volunteers likely will look to their ground game on Saturday when they oppose South Carolina in Knoxville, Tenn.

Jaylan Foster, a Gamecocks free safety who is a sixth-year senior and a former walk-on, leads the SEC with four interceptions, and he’s quite a story.

Tennessee (3-2, 1-1) hopes to counter South Carolina’s opportunistic defense by running the ball. The Volunteers rank second in the SEC with 255 rushing yards per game. That’s in sharp contrast to the Gamecocks’ ground game, which ranks 11th in the league (121 yards per game).

The South Carolina defense, however, is yielding just 17.4 points per game, which ranks fifth in the league. Tennessee is ninth at 21.8 points per game allowed.

Both teams have first-year coaches.

Josh Heupel was hired at Tennessee after the Volunteers went 3-7 last year, the program’s lowest win total since 1924. Following the firing of Jeremy Pruitt, fully one-quarter of Tennessee’s roster transferred out.

Shane Beamer was hired at South Carolina after the Gamecocks went 2-8 last year, including a 31-27 home loss to the Volunteers.

“We have a big test against South Carolina,” Heupel said this week. “They’re a good football team. Look at how they have played inside the conference against two quality SEC opponents.”

South Carolina’s other loss was closer, but the Gamecocks never led while falling 16-10 against visiting Kentucky.

Last week, the Gamecocks were unimpressive on offense in a 23-14 win over Troy.

“I feel like I aged 40 years during that game,” Beamer said. “We talk about playing smart football, but we didn’t do that on Saturday.”

The Gamecocks have rushed for just one touchdown in five games, but they have scored three defensive TDs so far this year.

South Carolina’s offense is led by quarterback Luke Doty, who missed the first two games this year due to a foot injury. He has completed 59 percent of his passes for 566 yards while throwing for three touchdowns and getting intercepted once.

Gamecocks running back Kevin Harris, who rushed for 1,138 yards last year, has struggled this year (142 yards in four games). His average rush has gone from 6.2 last year to 3.1 this season.

Tennessee’s offense is led by quarterback Hendon Hooker, who has completed 69 percent of his passes for 838 yards with 10 touchdowns and just one interception. The Virginia Tech transfer is also a dangerous runner, rushing for 216 yards and two touchdowns this season.

Tiyon Evans leads Tennessee in rushing yards (367) and TDs (five) and is averaging 6.4 yards per carry.