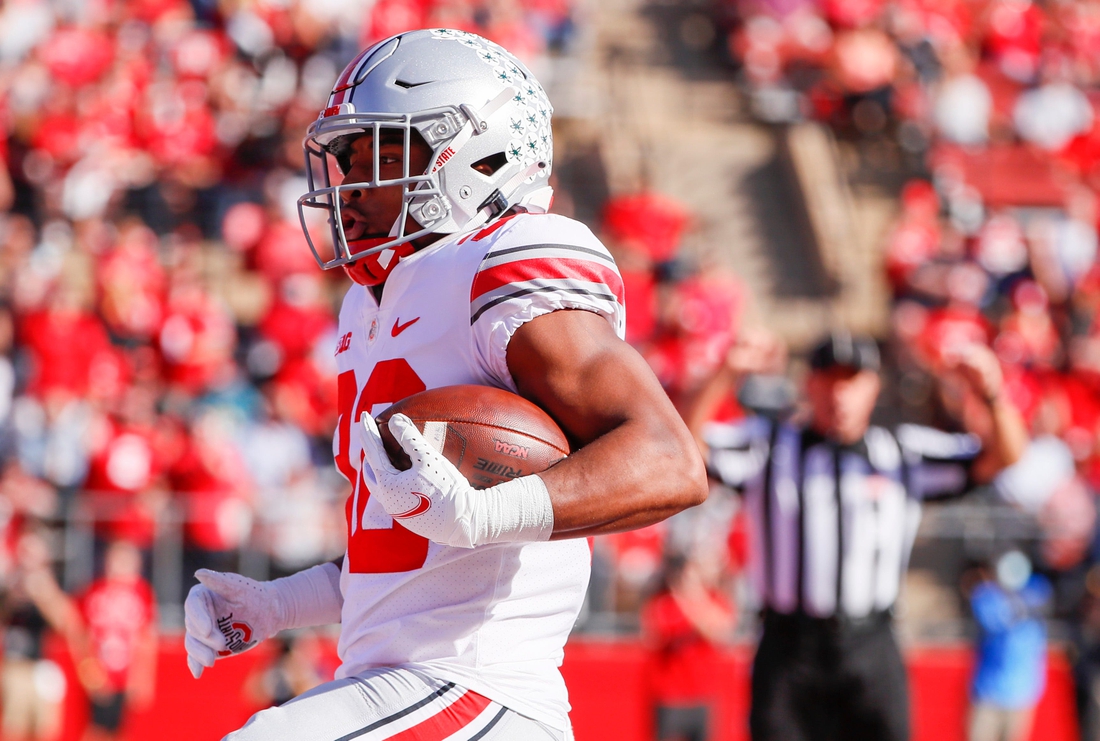 Ohio State has found its footing after an early stumble and will look for its young players to lead the way again when the No. 7 Buckeyes host Maryland on Saturday.

The Buckeyes (4-1, 2-0 Big Ten) routed Rutgers 52-13 last week after a taking a 14-0 lead in the first four minutes on a 44-yard touchdown run by freshman TreVeyon Henderson and 23-yard interception return for a score from freshman cornerback Denzel Burke.

Those two symbolize Ohio State’s reliance on its youngest players, such as redshirt freshman quarterback C.J. Stroud and freshman defensive tackle Tyleik Williams, the team sacks leader with four, since a 35-28 home loss to Oregon on Sept. 11 in the second game.

“Anytime you’re at Ohio State, the expectation is to win every game,” Ohio State coach Ryan Day said Tuesday. “I’m proud of the development over the last month. Been a little bumpy at times, but guys have come to work.”

Maryland (4-1, 1-1) hopes its second opportunity to show it can play with the big boys in the conference goes better than its first attempt. The Terrapins imploded at home during a 51-14 trouncing by No. 3 Iowa last Friday.

The Terrapins’ downfall began in a 53-second span of the second quarter, and the reverberations are still being felt heading into the matchup at Ohio Stadium.

Following an Iowa touchdown to take a 10-7 lead, Maryland star receiver Dontay Demus Jr., who leads the conference with 507 total receiving yards, sustained a right knee injury on the ensuing kickoff while fumbling the ball. Iowa recovered and two plays later scored to make it 17-7 en route to a 34-7 halftime lead.

Rakim Jarrett, tied with Ohio State’s Garrett Wilson for fourth in the conference with four receiving TDs, is a possibility for the No. 1 role.

“I don’t really think you can fill the void that he left,” Jarrett said Tuesday. “It’s going to take all the other receivers to step up, including myself, to collectively do it.”

Terrapins quarterback Taulia Tagovailoa looks to rebound against a hungry Ohio State secondary, which has a pick-6 in three consecutive games. Iowa intercepted Tagovailoa five times after he had thrown one in the first four games.

“We’re not going to let one game define us,” Locksley said.

Tagovailoa will be matched against Stroud, a three-time Big Ten Freshman of the Week. The team’s other two weekly winners were Henderson for his Ohio State freshman record 277 rushing yards vs. Tulsa on Sept. 18 and Kyle McCord, who started against Akron on Sept. 25 when Stroud did not play due to a sore arm.

Stroud returned against Rutgers to pass for 330 yards and a career-high five touchdowns. He has thrown for 1,293 yards and 13 touchdowns this season.

“We’ve got another challenge this week,” Day said of Maryland. “They’ve got really good personnel and really good schemes so we’re going to have to play good again.”