NCAAF: No. 2 Georgia cruises past No. 18 Auburn 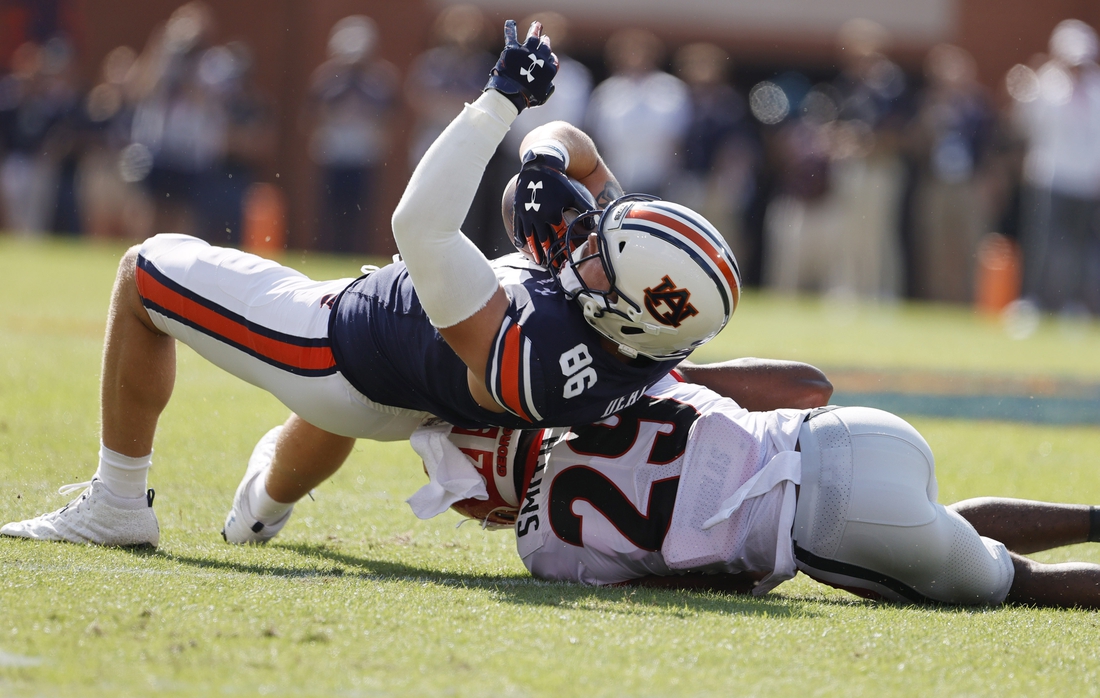 Ladd McConkey had five catches for 135 yards and a score, with Zamir White adding 79 yards and two touchdowns on 18 carries for the Bulldogs (6-0, 4-0 SEC).

After Auburn turned the ball over on downs when Nix threw an incomplete pass on fourth-and-8 from Georgia’s 40-yard line midway though the third quarter, Bennett immediately hit McConkey sprinting down the middle of the field for a 60-yard touchdown for a 24-3 advantage.

The Tigers responded by pulling to 24-10 when Tank Bigsby’s 6-yard run capped a six-play, 78-yard drive with 4:01 left in the third quarter.

Georgia dominated the fourth quarter and put the game away by scoring the next 10 points on a 21-yard field goal by Jack Podlesny and a 10-yard run by White with 7:11 remaining.

Auburn had taken a 3-0 lead when Anders Carlson’s 24-yard field goal capped a 17-play, 68-yard drive during which the Tigers converted twice on fourth down during their nearly seven-minute possession. It marked the first time Georgia trailed this season.

Georgia took advantage of an Auburn miscue to tie the game. Linebacker Nakobe Dean intercepted Nix’s pass that deflected off Shaun Shivers’ hands to give the Bulldogs the ball at Auburn’s 26-yard line. Six plays later, Jack Podlesny kicked a 23-yard field goal with 2:55 left in the first quarter.

Georgia took the lead on its next series. White plunged into the end zone from a yard out to cap a seven-play, 70-yard drive with 14:39 left in the first half. The drive also was costly for Auburn, as safety Smoke Monday was kicked out of the game after he was called for targeting while tackling Bennett near the sideline.

Georgia extended its lead to 17-3 on its next possession. Bennett was masterful, going 3 for-3 for 73 yards during a six-play, 78-yard drive that he capped with a 3-yard touchdown pass to Adonai Mitchell with 9:10 left in the half.

Auburn had a chance to pull to within a touchdown in the final minute of the half, but Nix’s pass on fourth-and-goal from the 3-yard line was broken up in the back of the end zone by Latavious Brini.