NCAAF: No. 19 BYU gets preview of Big 12 future at Baylor 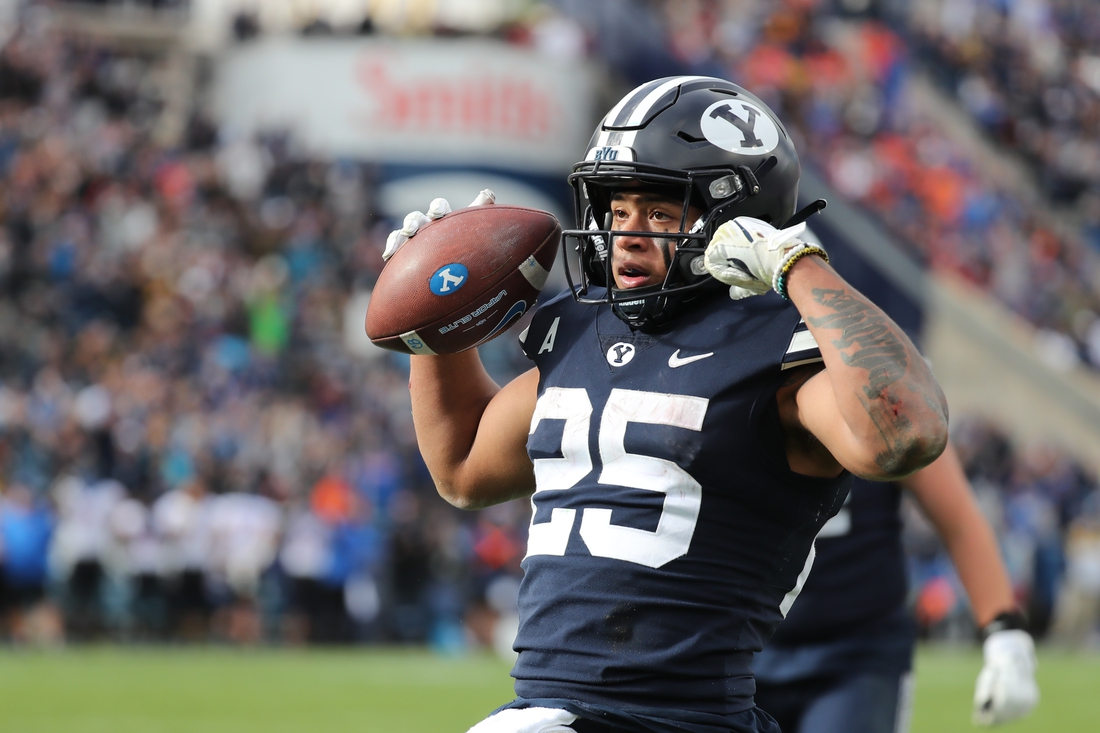 After losing at home against Boise State last week, No. 19 BYU has an opportunity to get back to winning on the road against Baylor in Waco, Texas, on Saturday.

It’s the first time the schools have played since 1984. BYU won that meeting, 47-13 in Provo, after the Bears had won the first game the teams played a year earlier, 40-36 at Baylor.

Last week, BYU (5-1) suffered its first loss of the season, 26-17 at home against the Broncos in a game in which the Cougars turned it over four times.

“Not to take anything away from Boise State, but we didn’t help ourselves either,” BYU coach Kalani Sitake said. “The most miserable ones are the turnovers. That’s something that I need to correct as head coach. I thought we did a good job, but we had some issues with technique and we will get those fixed.

“We need to get our guys back on track. It’s humbling and it’s a good opportunity to focus even more. The key is learning from the mistakes and making sure that stuff doesn’t happen again.”

Last month, the Cougars accepted an invitation to join the Big 12 conference, along with Cincinnati, Houston and Central Florida. BYU is slated to play its first season in the Big 12 in 2023, so Saturday’s game will serve as a preview of what’s to come.

“We’re going on the road and we’re going to be in Waco,” Sitake said. “Our guys are going to embrace it and have fun. It’s a different region of the country, different type of weather. We’re excited to play football in Texas. I’m looking forward to our partnership in the Big 12, and I’m glad we get to have an earlier version of it this week.”

Baylor coach Dave Aranda is expecting BYU to come out ready to play.

“I know that BYU is going to be an angry team,” Aranda said after the Cougars slid all the way from No. 10 to 19 in the AP Top 25. “They’re going to be motivated. They want the stage to show that they belong. … From our windshield, here’s a team that’s looking to prove something and bringing some intensity that we have to exceed.”

The Cougars will have to figure out how to slow down a Baylor offense averaging 38.3 points a contest, No. 17 in the country. And with the 28th most points in this week’s AP poll, the Bears (5-1, 3-1 Big 12) are poised to jump back into the national rankings with a victory. They were 21st preceding their 24-14 loss at Oklahoma State on Oct. 2.

The Bears are led by junior quarterback Gerry Bohanon, one of two signal callers in college football with over 1,000 passing yards (1,332) and no interceptions, joining Matt Corral of Ole Miss.

Baylor’s other top playmaker on offense is do-everything running back Trestan Ebner. With 3,664 career all-purpose yards, Ebner needs 169 more to tie Corey Coleman (3,833) for eighth on the school’s all-time list.

Ebner is averaging 138.3 all-purpose yards, 15th most in the country. He had a 98-yard kick return for a touchdown against Iowa State.