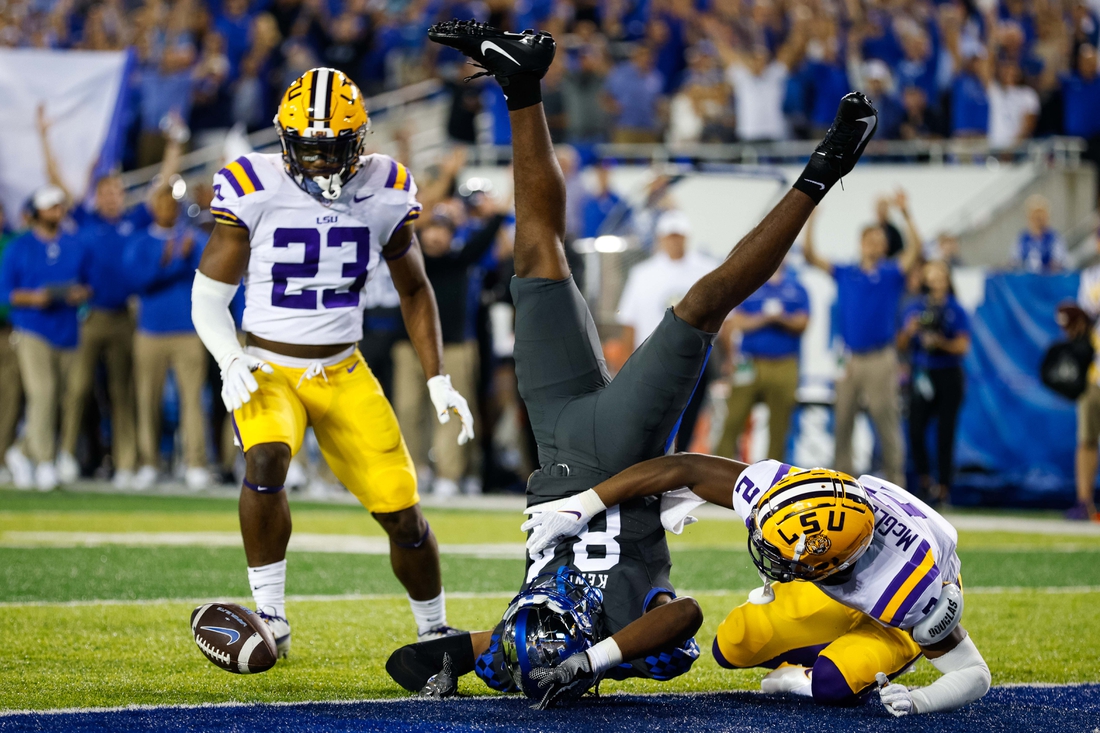 Will Levis threw for three touchdowns and ran for two more as No. 16 Kentucky defeated LSU 42-21 in an SEC game Saturday night in Lexington, Ky.

Levis, who had just seven completions in Kentucky’s upset win against Florida a week earlier, completed 14 of 17 passes for 145 yards. He had thrown a total of two touchdown passes in three previous SEC games.

LSU, which entered the game ranked second-to-last in the SEC in rushing (70.6), gained a season-high 147 yards on the ground, but much of that came after the Wildcats took control with a 21-0 lead. Tyrion Davis-Price had 147 yards and two touchdowns.

On the first possession of the second half, Kentucky ran the ball on six consecutive plays and gained 71 yards, the last yard coming on Levis’ touchdown run that gave the Wildcats a 21-0 lead.

The Tigers responded with their best drive of the game on the ensuing possession, marching 75 yards in nine plays. On fourth-and-goal, Davis-Price ran 1 yard for a touchdown that cut the deficit to 21-7.

Levis’ 5-yard touchdown run increased the lead to 28-7 at the end of the third quarter.

His 25-yard touchdown pass to JuTahn McClain made it 35-7 before Johnson threw a 41-yard touchdown to Malik Nabers and Davis-Price ran 2 yards for a score.

LSU reached its 49 on the first possession of the game before Johnson fumbled while being sacked and Kentucky recovered.

On fourth-and-goal, Levis threw a 3-yard touchdown pass to Rodriguez, which gave the Wildcats a 7-0 lead at the end of the first quarter.

Levis added an 11-yard touchdown pass to Wan’Dale Robinson for a 14-0 halftime lead.