NCAAF: No. 14 Irish’s QB situation uncertain ahead of visit to Va. Tech 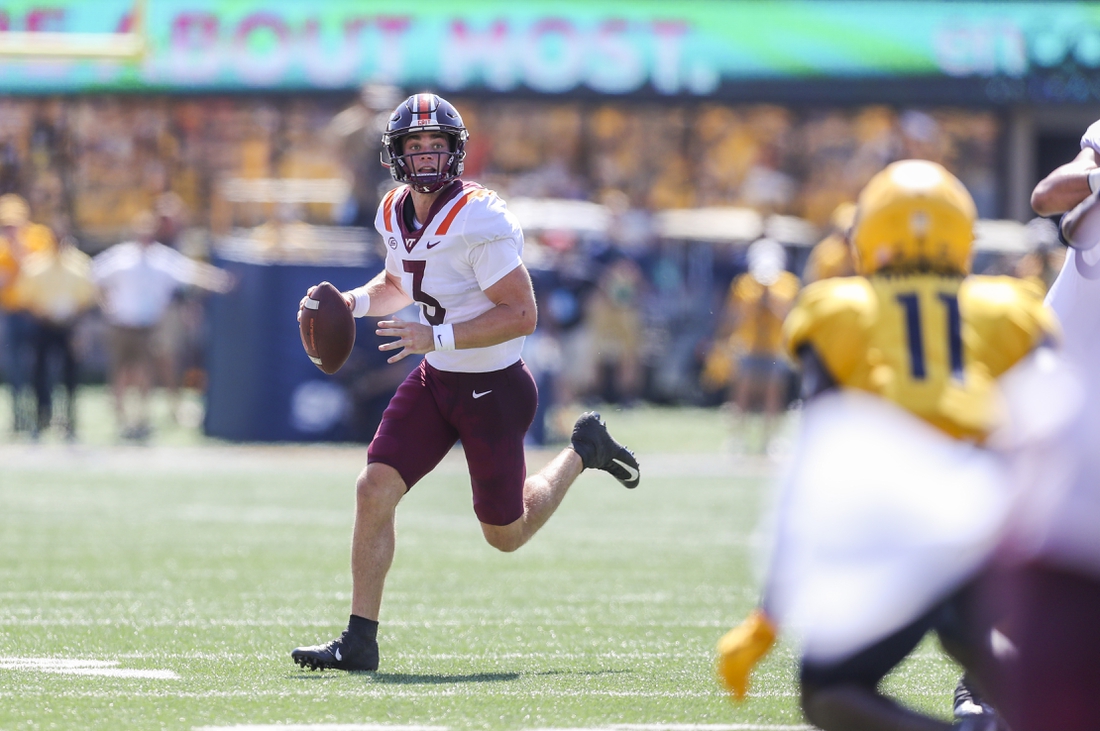 No. 14 Notre Dame will try to bounce back from its first loss of the season when it visits Virginia Tech on Saturday in Blacksburg, Va.

The Fighting Irish (4-1) are coming off a 24-13 defeat against then-No. 7 Cincinnati last week. Notre Dame fell behind 17-0 after committing three first-half turnovers and never recovered.

The loss has left a lingering bad taste for Notre Dame coach Brian Kelly, who benched quarterback Jack Coan and replaced him with backup Drew Pyne in the second half.

“Clearly, we can’t continue down this road of who’s the flavor of the week here,” Kelly said. “We’re going to have to sit down and figure this out.”

The depth chart for Notre Dame listed Coan at No. 1 ahead of Pyne as practice began this week. Kelly avoided specifics when asked about the position, calling it a matter of “who gives you the best chance to win.”

A tough road test awaits against Virginia Tech (3-1), which is coming off a bye. The Hokies posted a 21-10 win over Richmond in their most recent game, which marked the third time this season that they held their opponent to 14 points or fewer.

Virginia Tech quarterback Braxton Burmeister completed 17 of 27 passes for 212 yards and a touchdown in the win. Tre Turner racked up six catches for 102 yards and a score.

Hokies coach Justin Fuente wants his team to focus on fundamentals coming out of the bye. He praised Notre Dame and said his players must be ready.

“Every inch, every piece of turf is going to be hard fought for,” Fuente said. “Four yards is a big deal, and we’ve got to be emotionally prepared for that kind of game.”

Before allowing 24 points to Cincinnati, the Fighting Irish went back-to-back games in which they allowed only 13 points each time.

As for offense, Notre Dame is averaging 30.8 points per game this season. Virginia Tech is averaging 23.5 points.

This is the first meeting between the teams since Nov. 2, 2019, when the Notre Dame squeaked out a 21-20 victory. The programs met just twice before that, with the Hokies winning on the road in 2016 and the Irish posting a road victory in 2018.