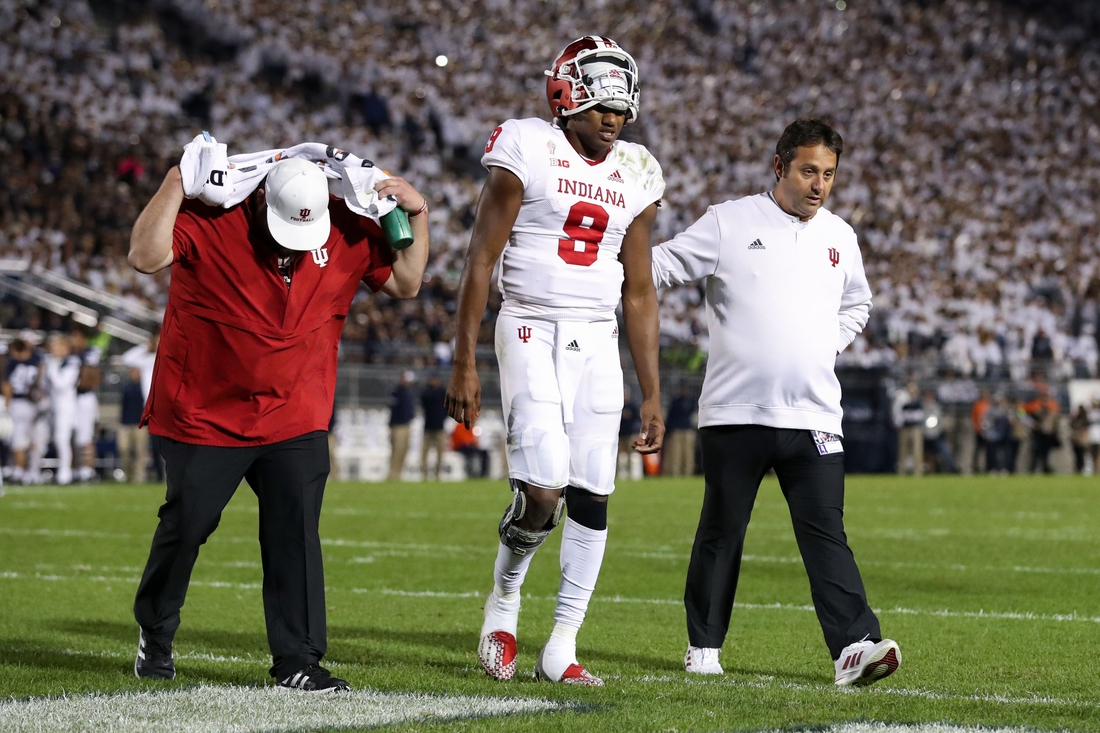 There isn’t yet a decision on whether or not Penix needs surgery on the left shoulder.

“I don’t know that you can rule that out at this point,” Hoosiers coach Tom Allen said during his Monday media availability. “There are some unknowns with the rehab process, surgery is definitely not felt to be necessary at this time. … At the same time, we don’t know all those answers at this point.”

Penix was injured in the third quarter when he was sacked by Penn State linebacker Brandon Smith during the 24-0 loss.

All three of Penix’s previous seasons at Indiana ended early due to injuries. He suffered ACL tears in 2018 and 2020 and a collarbone injury in 2019.

Penix has passed for 939 yards, four touchdowns and seven interceptions this season as well as adding two rushing touchdowns. He was 10-of-22 passing for 118 yards and one interception before leaving the Penn State game.

Overall, Penix has passed for 4,197 yards, 29 touchdowns and 15 interceptions in 20 games (17 starts) with the Hoosiers. He also has six total rushing scores.

Indiana is entering a bye week. Jack Tuttle will be the starting quarterback when the Hoosiers (2-3, 0-2) play host to Michigan State on Oct. 16.

Tuttle has completed 8 of 18 passes for 168 yards, one touchdown and one interception in three games this season. He was 6 of 12 for 77 yards and an interception against Penn State after Penix departed.

Tuttle started two games last season after Penix’s knee injury — a win over Wisconsin in the regular-season finale and a loss to Ole Miss in the Outback Bowl. In three games last season, he passed for 362 yards, two touchdowns and one interception.

“He’s highly respected by his teammates and he brings an energy as well,” Allen said of Tuttle. “I thought he gave us a spark even Saturday. I have great confidence in him and he has a great quality to always be ready to play whether it’s no snaps, one snap or 80 snaps.”