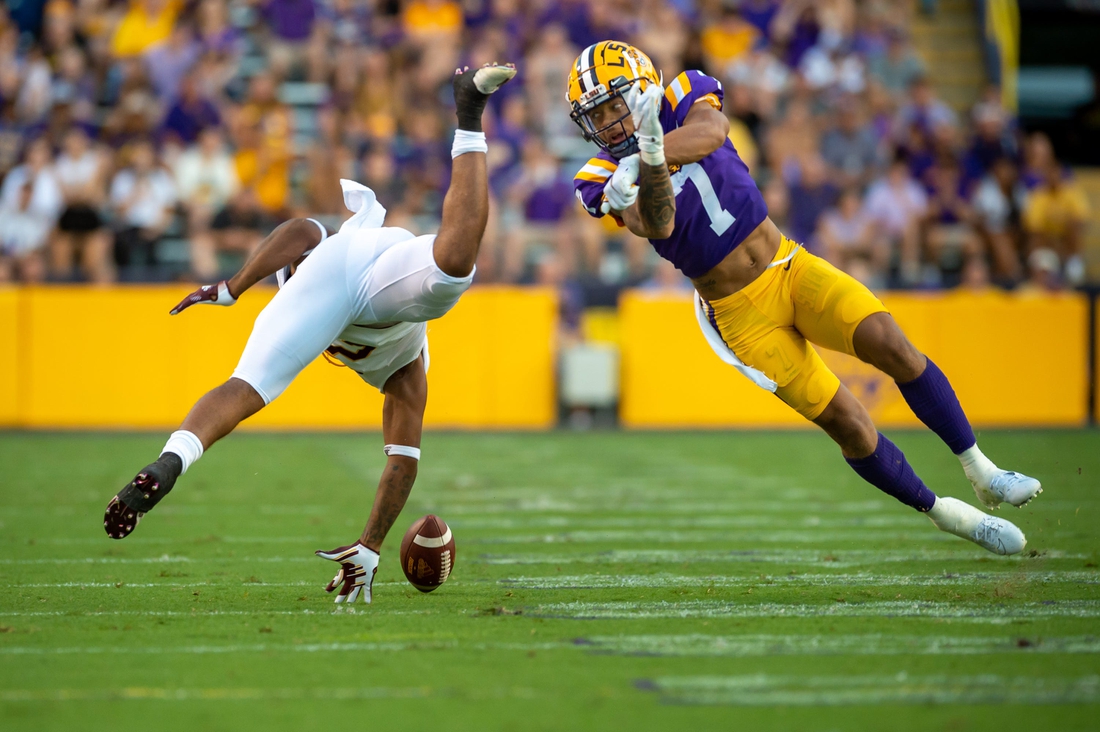 All-America cornerback Derek Stingley Jr. will be sidelined indefinitely for LSU following a medical procedure on his left foot.

Coach Ed Orgeron on Wednesday had no timetable for Stingley’s return.

Stingley has been dealing with the foot injury since the summer. He played in the first three games but missed the past two games for the Tigers (3-2).

Pro Football Focus lists Stingley, a junior, as the No. 1 cornerback prospect in the 2022 NFL Draft. Coming out of high school in Baton Rouge, he was listed as the No. 3 player in the nation by the 247Sports composite

“I appreciate all of the support from LSU and the fans,” Stingley said in a statement. “I’m doing all that I can to return to the field as soon as possible. I want to finish out the season with my teammates and I will do everything I can to get healthy so that I will be able to play again this year.”

As a freshman in 2019, he earned consensus All-America honors. In 2020, he was named a first-team All-American by the American Football Coaches Association for the second straight year.

In 25 games with the Tigers, Stingley has made 73 tackles (six for loss) and added 26 passes defensed, six interceptions and two forced fumbles.