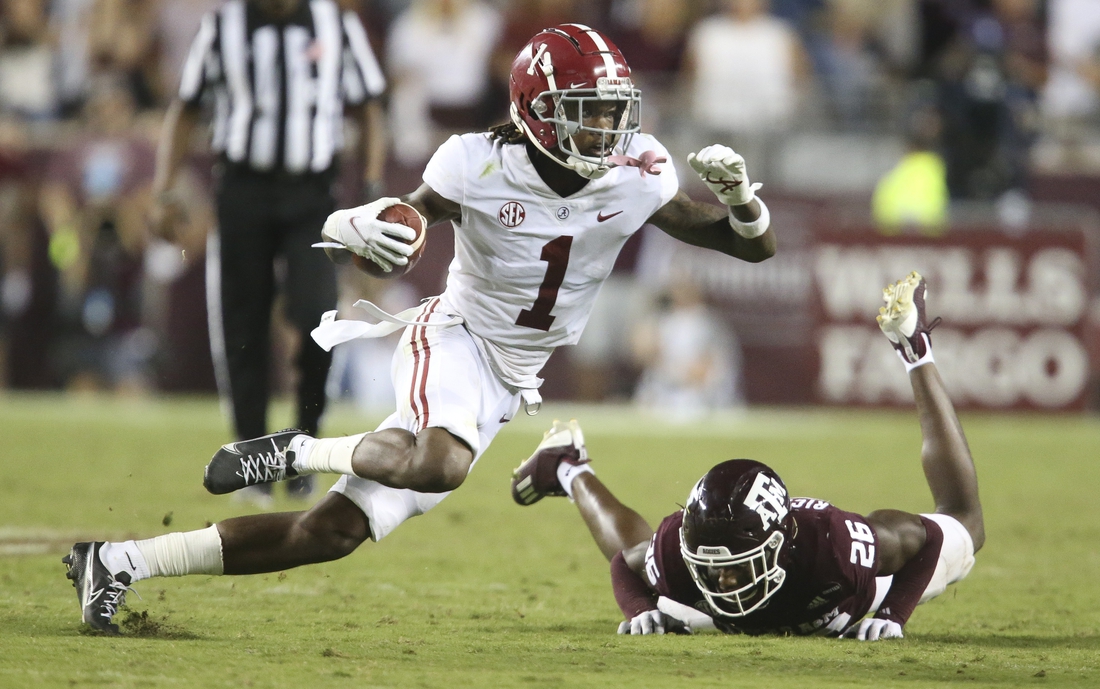 Alabama remains the second betting favorite to win the College Football Playoff despite suffering its first loss of the season on Saturday.

The Crimson Tide dropped to No. 5 in the Associated Press Top 25 on Sunday, with Georgia taking over the No. 1 spot for the first time since 2008, when they topped the preseason poll. They have not been No. 1 in the regular season since November 1982.

The Bulldogs also elevated to the CFP favorite at BetMGM (+130) and DraftKings (+125). Right behind them are their chief SEC rival, with the Crimson Tide being offered at +200 and +220, respectively.

Alabama lost at unranked Texas A&M, but benefitted from the defeat coming at the hands of an SEC rival and from the lack of undefeated teams among the Power 5.

Michigan (6-0) has managed to remain undefeated despite a number of close calls. The Wolverines are being offered at +3000 by both sportsbooks. Big Ten rival Michigan State, Kentucky from the SEC, the Big 12’s Oklahoma State and the ACC’s Wake Forest are also undefeated and while they have continued to rise within the top 25, both remain longshots among oddsmakers.

The Heisman Trophy battle continues to look like a two-quarterback race.