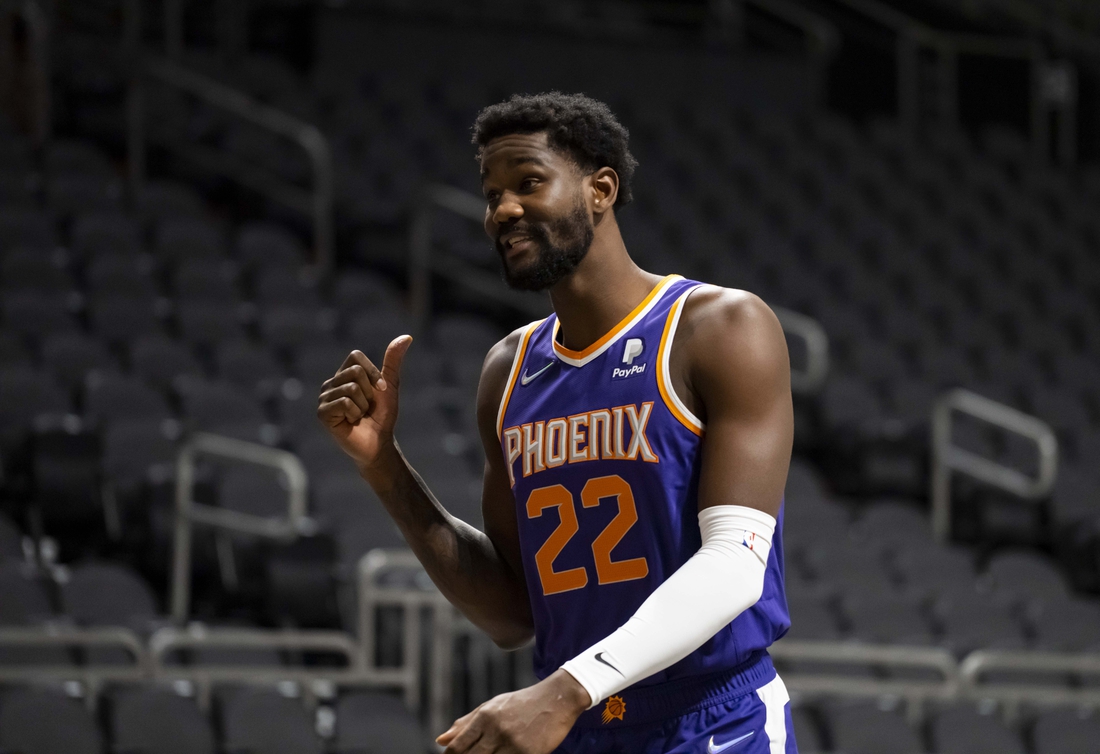 Contract talks between the Phoenix Suns and center Deandre Ayton have broken down because the team doesn’t want to offer him a maximum rookie contract extension, ESPN reported Tuesday.

Ayton, who was the No. 1 overall pick in the 2018 NBA Draft, wants a deal similar to those signed by other members of that year’s draft class, including Luka Doncic of the Dallas Mavericks and Trae Young of the Atlanta Hawks.

Doncic and Young both signed supermax extensions of five years for $207 million. Ayton is eligible for a five-year, $172.5 million extension that could reach $207 million with escalator clauses.

The deadline to sign rookie extensions is Oct. 18. In Ayton’s case, ESPN reported, Suns’ management doesn’t view Ayton as belonging in the Doncic/Young group, and he thinks he does.

If the two sides don’t reach an agreement by the deadline, Ayton, 23, would become a restricted free agent after the 2021-22 season and the Suns could keep him by matching any offer.

Forward Mikal Bridges also is eligible for a rookie extension.

Ayton was a key contributor during the Suns’ pursuit of the league championship, which fell short in a 4-2 series loss to the Milwaukee Bucks in the NBA Finals.