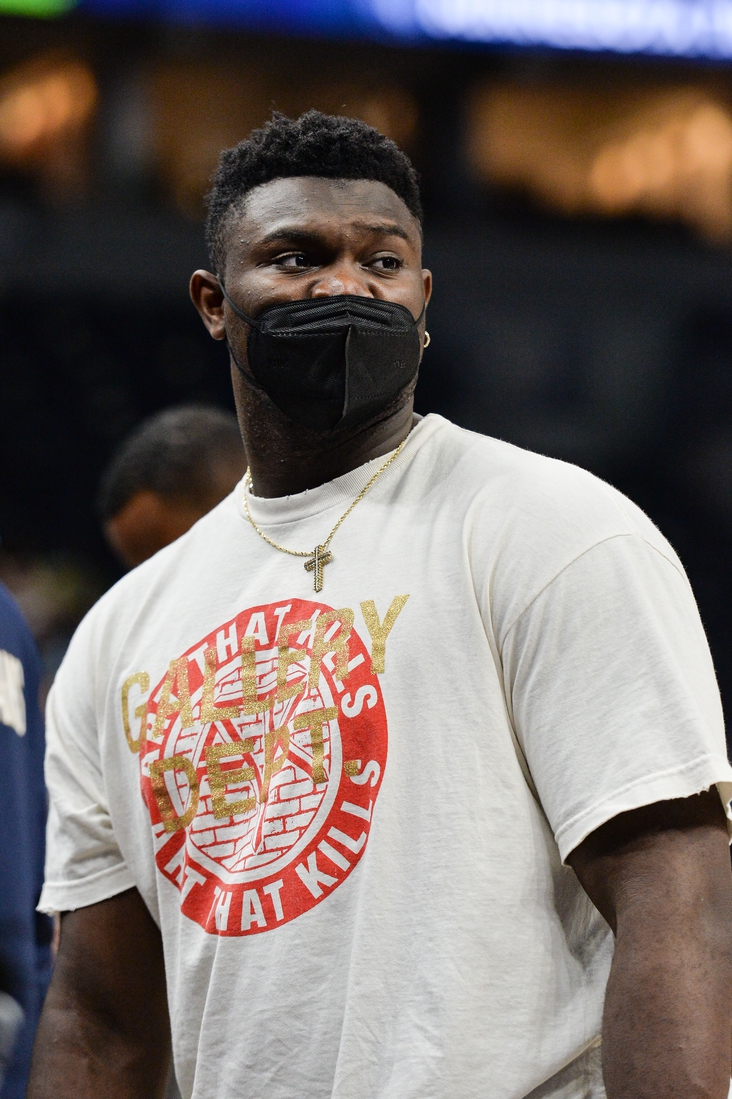 Williamson fractured the fifth metacarpal bone in his right foot while working out on his own early in the offseason. Doctors took scans of Williamson’s healing foot Wednesday to track his progress and came away “very encouraged,” Griffin said.

The Pelicans only revealed Williamson’s status in late September, with Griffin saying at the time that “his timeline should get him back on the court in time for regular season — that would be our hope and our view.”

Griffin walked back that optimistic outlook Thursday, saying he meant Williamson would be available during the regular season, not necessarily for opening night.

“There is no fixed timeline for his return to game action, but the doctors are encouraged by this last batch of images,” Griffin told reporters Thursday. “Doctors will take additional imaging 2 to 2 1/2 weeks from now as guides and landmarks for taking the next steps.

“It’s everyone’s goal that Zion return to play as soon as is safely possible. … When he’s able to return safely, he will do that.”

The No. 1 overall pick in the 2019 NBA Draft, Williamson played just 85 games in his first two seasons, missing much of his rookie year with a meniscus tear. He earned his first All-Star selection last season while averaging 27.0 points, 7.2 rebounds and 3.7 assists over 61 games (all starts).

The Pelicans begin their season Wednesday at home against the Philadelphia 76ers. They play five games in eight days to open the campaign.