NBA: Magic pick up options on Cole Anthony, two others 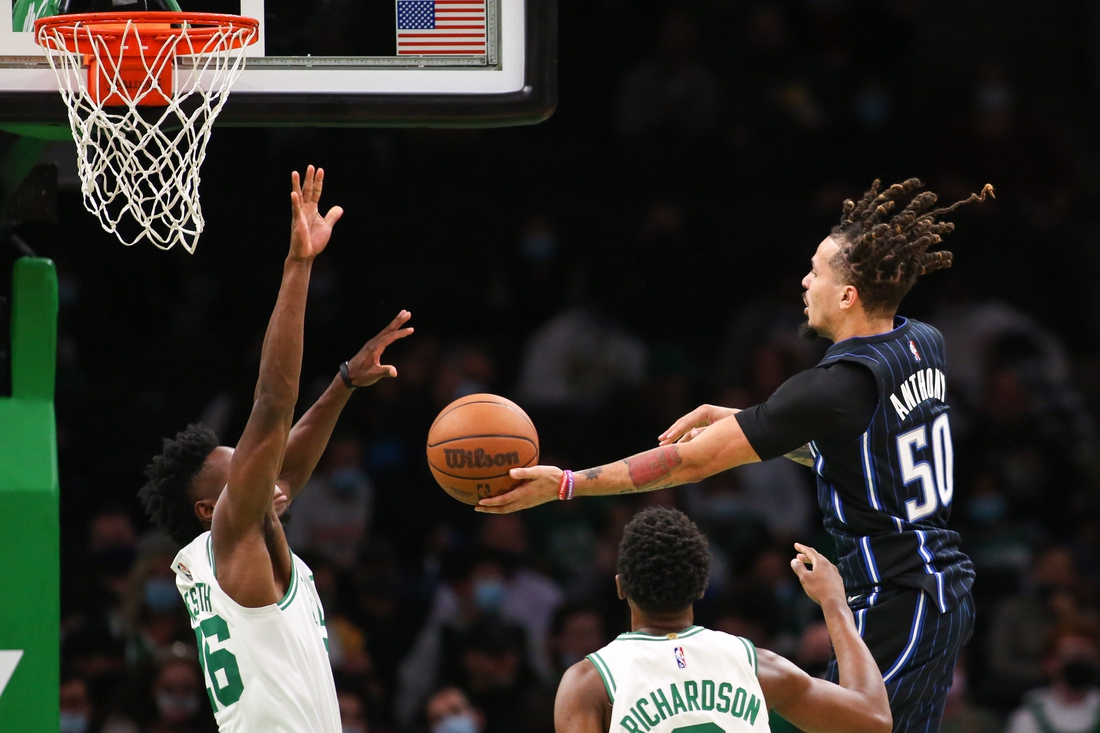 Cole Anthony, whose scoring average rose every month as a rookie in the 2020-21 season, will remain with the Orlando Magic for at least two more seasons after the club picked up his third-year option Tuesday.

The Magic also picked up the third-year option of two other players who are entering their second NBA season, R.J. Hampton and Chuma Okeke.

Anthony, a 21-year-old guard who was the 15th overall pick in the 2020 draft, averaged 10 points in his first five games for Orlando in December. After joining the starting lineup in January, he averaged 11.1 points, and then he put up 12 points per game in February, 14.1 in March and 16.3 in April.

Overall, he put up 12.9 points, 4.7 rebounds and 4.1 assists per game in 47 contests (34 starts). Anthony was Orlando’s leader or co-leader in points six times and in assists a club-best 18 times. He missed 25 midseason games due to a rib injury.

Hampton, a 20-year-old guard who was drafted nine picks after Anthony, began his rookie year with the Denver Nuggets before getting dealt to the Magic in March. He wound up with season averages of 6.9 points, 3.5 rebounds and 1.7 assists in 51 games (one start).