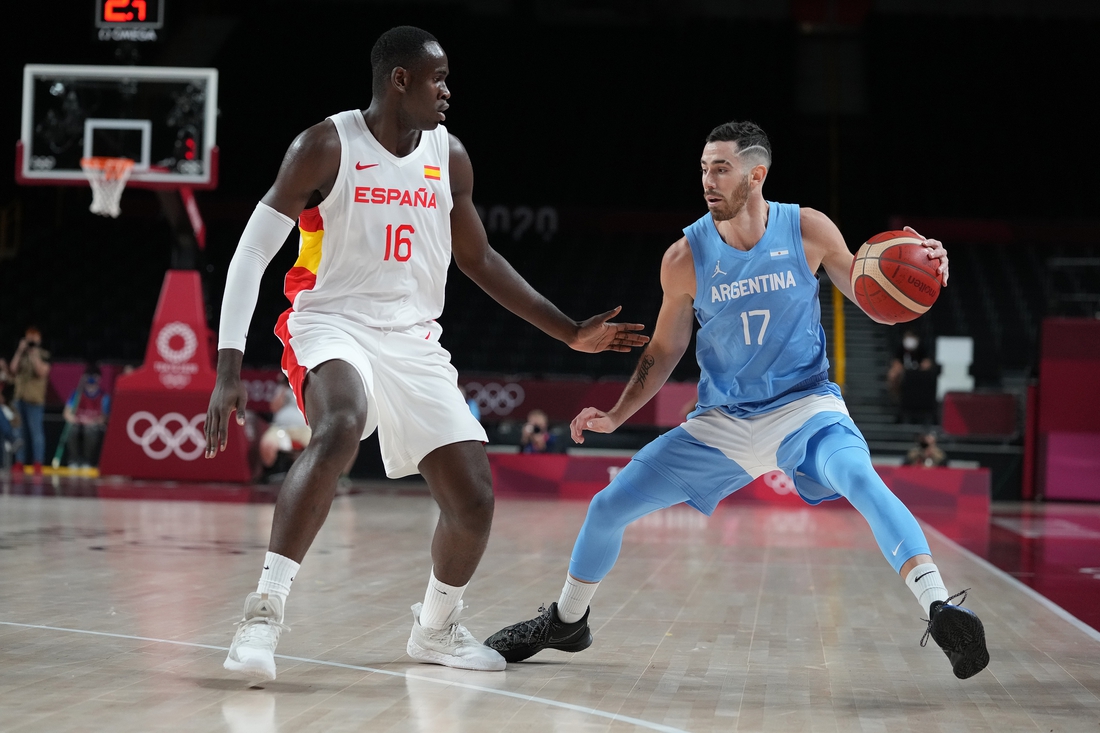 Argentine point guard Luca Vildoza, signed by the New York Knicks amid fanfare in May, was waived Sunday by the team.

Vildoza signed a four-year, non-guaranteed deal worth a reported $13.6 million on May 6. One of Europe’s premier playmakers, the 26-year-old Vildoza was expected to be one of the top free agents available after the 2020-21 season.

ESPN reported then that the Knicks had both the salary-cap room and the open roster space needed to get a jump on the competition and sign him at that point instead of waiting.

New York reportedly negotiated a buyout with his team, Baskonia to acquire the 6-foot-3 Vildoza. He led the team to a championship and was named MVP of the 2020 Spanish ACB finals.

He appeared in two summer league games in Las Vegas and was held scoreless.

Internationally, Vildoza helped Argentina win a gold medal at the 2019 Pan American Games and silver medals at the 2019 FIBA Basketball World Cup and 2017 FIBA AmeriCup. He also played for Argentina at the 2020 Tokyo Olympics. Argentina finished in seventh place.