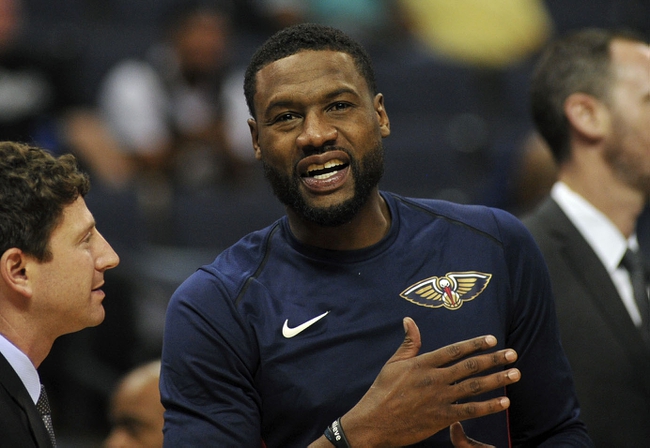 Federal prosecutors brought charges in Manhattan against 18 former NBA players for allegedly defrauding the league’s health and welfare plan between 2017 and 2020.

According to authorities, 16 of the 18 are in custody after a series of arrests around the country. They face charges of conspiracy to commit health care and wire fraud along with aggravated identity theft.

The FBI said it “remains an ongoing investigation,” per NBC New York, which broke the news Thursday morning.

There were 19 total people charged in the indictment, which alleges that the defendants filed $3.9 million in false medical and dental claims and received $2.5 million in payouts.

The indictment points to Terrence Williams, the 11th overall pick by the then-New Jersey Nets in 2009, as a key player in the alleged scheme.

Williams, 34, allegedly filed $19,000 in claims in November 2017 for chiropractor care and received a $7,672 payout. Afterward, he recruited other players provided fake invoices from a Washington state wellness clinic along with a chiropractor and a dentist in Southern California, per the indictment.

Some of the players indicted Thursday reportedly funneled a portion of money they received back to Williams.

Former Boston Celtics swingman Tony Allen, 39, and his wife were among those charged. Allen won a title with Boston in 2008 and was a six-time selection to the all-defensive team.

Another of the accused players, Milt Palacio, was placed on leave from his job as an assistant coach for the Portland Trail Blazers.

The team wrote in a statement, “The federal investigation is independent of the Trail Blazers organization and we will have no further comment pending the outcome of the legal process.”