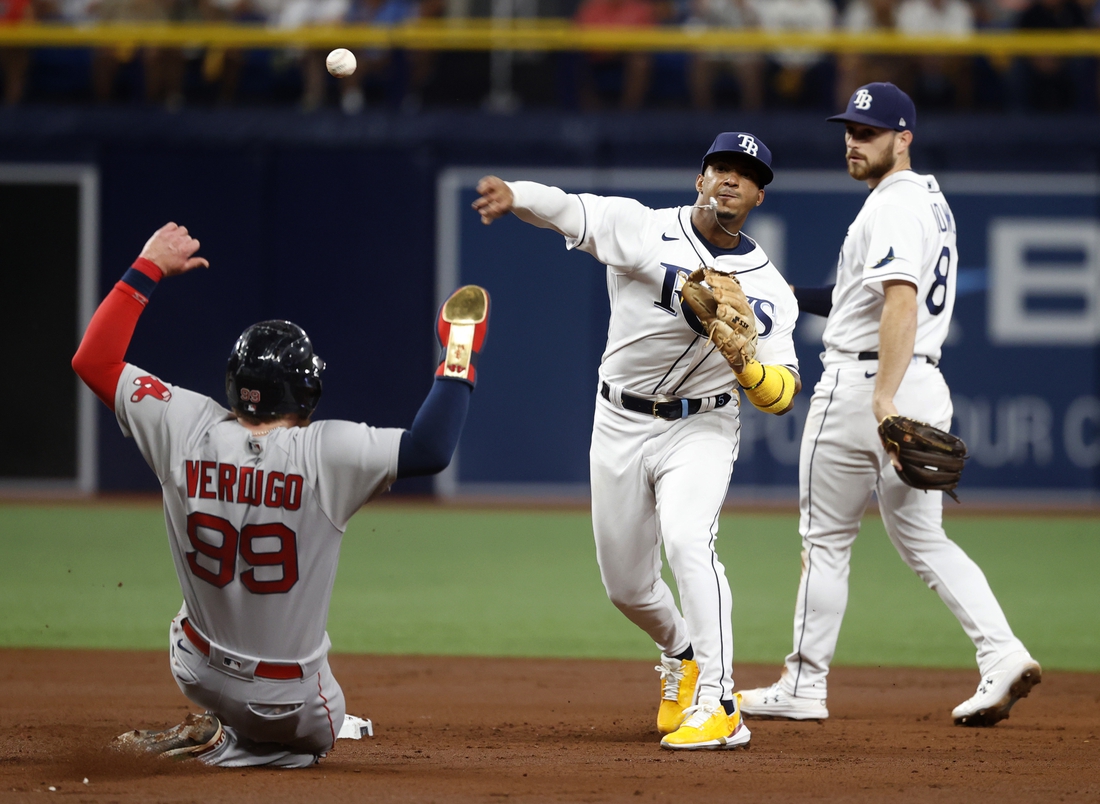 Arozarena (1-for-2, two walks, three runs) became the first player in postseason history to record a home run and a steal of home in the same game.

“I just focus a little bit more,” Arozarena said through an interpreter in his postgame interview with FS1. “I’m always ready, regardless if I’m starting the game or if I’m not. I come out here ready to work and I sacrifice everything to be ready to go. Luckily it’s happening in October when it means it’s closer to the World Series.”

McClanahan (1-0) gave up five hits, walked none and struck out three to earn his first postseason victory in his first playoff start.

Nelson Cruz added a home run that clanged off the Tropicana Field catwalk in left-center field for a solo shot.

Wander Franco and Yandy Diaz also drove in one run apiece for AL East champion Tampa Bay. At 20 years and 220 days old, Franco became the youngest player to drive in a run in the postseason since Bryce Harper (19 years, 362 days) in 2012.

It was the Rays’ first playoff game since losing last year’s World Series against the Los Angeles Dodgers in six games.

Boston advanced to the ALDS after a 6-2 win over the New York Yankees in the AL wild-card game on Tuesday.

Franco doubled to plate Arozarena on the eighth pitch in the home first, then later scored on Diaz’s two-out infield single to make it 2-0. Cruz’s homer in the third and Arozarena’s blast in the fifth doubled the Rays’ lead.

With two outs in the seventh, Arozarena walked and advanced to third on another Franco double. Arozarena took off as Red Sox left-handed reliever Josh Taylor was slow to come set and slid head-first to beat the frantic throw to the plate.

“I noticed the pitcher wasn’t really keeping his attention to me, so I was able to take a big enough lead and was able to take that base,” Arozarena said. “That’s the first time I’ve ever stolen home, and thank God it was in the playoffs.”

Boston loaded the bases with one out in the eighth against J.P. Feyereisen. Rafael Devers struck out swinging and Hunter Renfroe popped out in foul territory to end the rally.

“We got traffic out there and we just didn’t cash in,” Red Sox manager Alex Cora said. “Obviously in the eighth we load the bases and we didn’t score. I think overall we did a good job hitting line drives and staying in the middle of the field.”

Game 2 of the best-of-five series is Friday night in St. Petersburg.

“We’re good,” Cora said. “I loved the at-bats today. We put some pressure on them, they made some plays, we hit some balls hard. But we have Chris (Sale), and he’s ready to go. The bullpen’s rested, so we should be OK.”