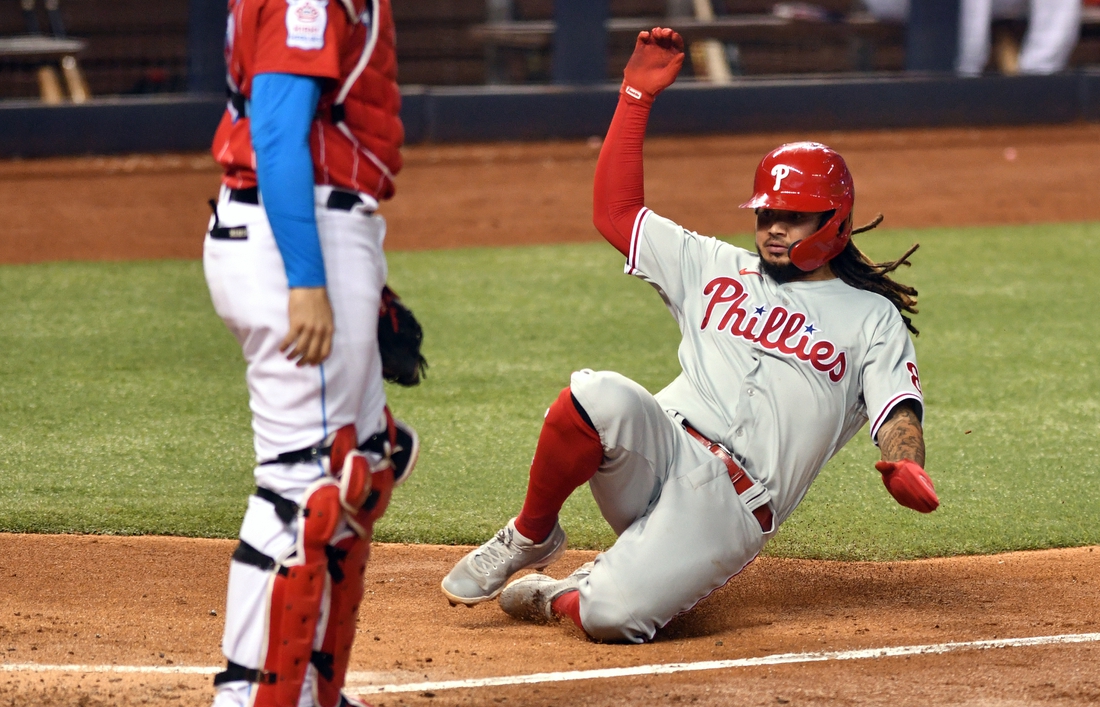 The Phillies were set to start right-hander Zack Wheeler (14-10, 2.78 ERA). The Marlins would’ve countered with lefty Trevor Rogers (7-8, 2.64). Wheeler is a candidate for the National League’s Cy Young Award. Rogers is in contention for NL Rookie of the Year.

But when the Phillies were eliminated from the playoff race following a loss to the Atlanta Braves on Thursday, things changed.

“After discussions with everyone involved in the organization, we think it’s best if his season stops,” Phillies manager Joe Girardi said of Wheeler, who leads the major leagues with 213 1/3 innings pitched. “He did more than anyone can ask. Next year is really important to us, and I don’t see any reason to run him out there (on Sunday).”

Marlins manager Don Mattingly made a similar decision with Rogers, who has tossed 141 1/3 innings this year, including 8 1/3 in the minors — his highest number of innings in professional baseball.

“If the Phillies were still in the playoff race and the game meant something, Trevor wanted to pitch,” Mattingly said of Rogers, 23. “But for a young starter in our organization, we would feel awful if (an injury) were to happen to him.”

So, instead of the Wheelers-Rogers matchup, Sunday will feature the return of Marlins right-hander Pablo Lopez (5-5, 3.03).

Lopez hasn’t pitched since July 11 due to a strained rotator cuff. He is only expected to throw about 45 pitches, or roughly three innings.

“We’re excited about (Lopez),” Mattingly said. “(His return this year) is something we all wanted to accomplish. We didn’t want to force it, but we’re glad it’s going to happen.”

Lopez, who is 1-1 with a 3.60 ERA in five career starts against the Phillies, wasn’t sure he’d get the chance to pitch again this year.

“It gives me a lot of peace of mind,” Lopez said. “Now I can go through a regular offseason and spring training.”

Lopez has faced the Phillies just once this year, getting a no-decision on May 27. Lopez lasted seven innings, holding the Phillies to just four hits, one walk and two runs. He struck out five in a game the Phillies won 3-2.

The Phillies, who have not announced their starting pitcher for Sunday’s game, could rest right fielder Bryce Harper, who has made 71 consecutive starts. Harper, an NL Most Valuable Player candidate, has 41 doubles, 35 homers and 84 RBIs this year.

Both teams are out of contention and reeling to a certain extent.

Miami (66-95) has won just two of its past 11 games, but the Marlins are 41-39 at home this season. With a win on Sunday, the Marlins would clinch fourth place and avoid a potential share of last place in the NL East.

The Phillies (82-79) have lost five of their past six games. They clinched a winning season on Friday.