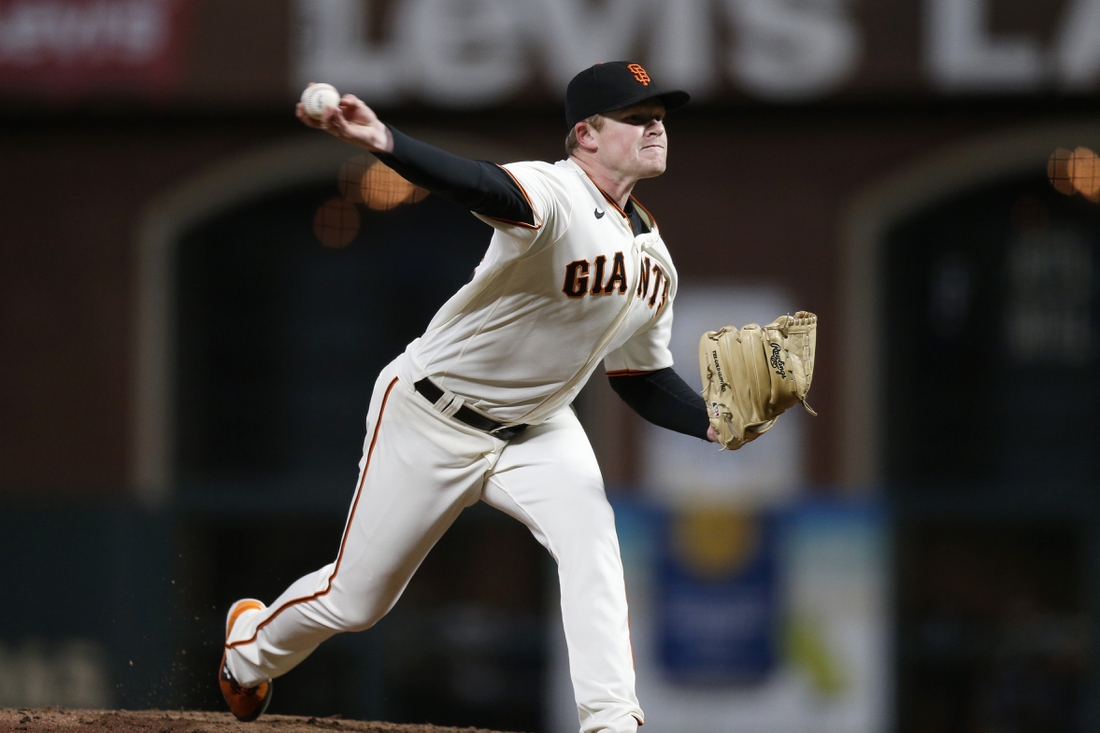 Logan Webb made a splashy postseason debut Friday night, striking out 10 in 7 2/3 innings and leading the host San Francisco Giants to a 4-0 victory over the Los Angeles Dodgers in Game 1 of the National League Division Series.

Buster Posey hit a two-run home run in the first inning, while Kris Bryant and Brandon Crawford added solo shots for the Giants, whose 107-win regular season earned them the home-field advantage in the best-of-five series against the 106-win Dodgers.

“When Buster hit that first home run, you could just feel it in the dugout,” Webb said. “Pretty impressive that he did that. Pretty sick.

“We knew we had to win Game 1. We came out and we did that. We played great. The defense was awesome. Guys were hitting. It was fun.”

Webb (1-0), who went unbeaten in his last 20 regular-season starts, limited the Dodgers to five hits in his longest outing of the season. He did not walk a batter.

“He’s nasty,” Crawford said of Webb. “I’m glad that nationally he was able to be seen. I’m sure a lot more people will pay attention to him now.”

Webb worked with a lead almost all the way after Posey blasted a 3-0 pitch from Walker Buehler (0-1) into the San Francisco Bay beyond the right field fence with two outs in the first inning. The blow also scored Tommy La Stella, who had led off the inning with a walk.

Posey had contacted just 29 pitches on 3-0 counts previously in his career, with three going for home runs.

“Buster has been around a long time,” Buehler said. “They obviously have trust in him to swing 3-0. Just a mistake heater. Obviously one where he could drive the ball.”

Buehler kept the Dodgers within striking distance by limiting the Giants to just four more hits until Bryant led off the seventh with his seventh career postseason home run.

Buehler (0-1) was pulled one batter later, charged with three runs on six hits in 6 1/3 innings. He walked one and struck out five.

“This game is on me,” Buehler said. “It’s on me to keep the momentum (after Dodgers stranded a runner at third in the top of the first). I kinda sucked that out of our dugout. I tried to stay in there and battle as long as I could, but they had a good night and we didn’t.”

Crawford’s homer came with two outs in the eighth off the Dodgers’ third pitcher, Alex Vesia, to complete the scoring.

Tyler Rogers got the final out of the eighth inning and Camilo Doval worked a 1-2-3 ninth to complete the Giants’ shutout.

Smith and Mookie Betts collected two hits apiece for the Dodgers, who had advanced into the NLDS with a 3-1 win over the St. Louis Cardinals in the NL wild-card game on Wednesday.

Dodgers manager Dave Roberts said the loss was a matter of his team not making in-game adjustments at the plate.

“We just chased a lot more than we should have,” Roberts said. “If we don’t make adjustments, then they’re going to keep going to the well. That’s kinda the story.”