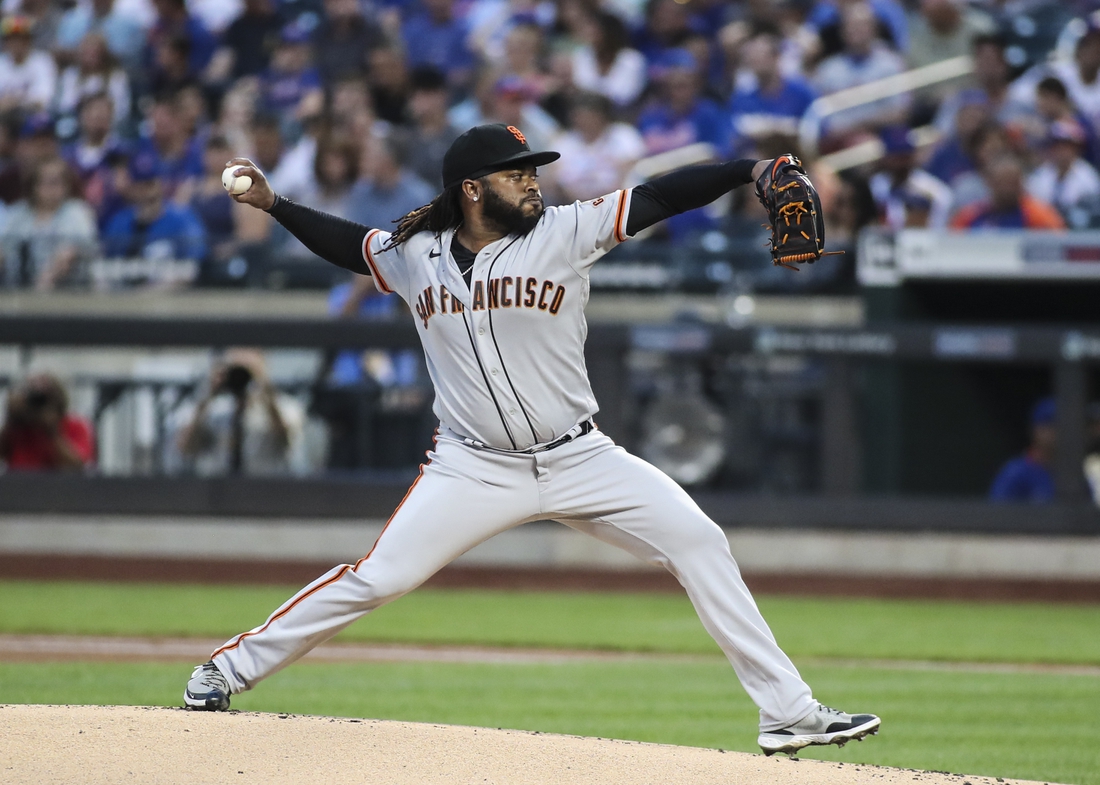 The San Francisco Giants opted to leave veteran right-hander Johnny Cueto off the 26-man roster for the National League Division Series against the Los Angeles Dodgers.

The Giants submitted their roster Friday with 12 pitchers, but omitted the 35-year-old Cueto. The best-of-five series begins Friday night in San Francisco.

Cueto was part of the 2015 Kansas City Royals, who defeated the New York Mets in five games in the World Series. He was stellar in Game 2 of that series as he tossed a complete-game two-hitter in a 7-1 win over Jacob deGrom.

His most recent postseason start came for the Giants in 2016. Cueto took the loss as the Chicago Cubs’ Jon Lester outdueled him in a 1-0 decision in Game 1 of the NLDS. He gave up one run on three hits and struck out 10 in eight innings.

The two-time All-Star was 7-7 with a 4.08 ERA in 21 starts and one relief appearance this season. He was sidelined most of September due to a right elbow injury and returned on Sept. 30 to make the relief outing.

The Giants opted to go with six outfielders — partly due to their heavy use of pinch hitters. That meant Alex Dickerson and Steven Duggar both made the roster while backup middle infielder Thairo Estrada missed the cut.