MLB: Dodgers seek win vs. Brewers and assist from Padres 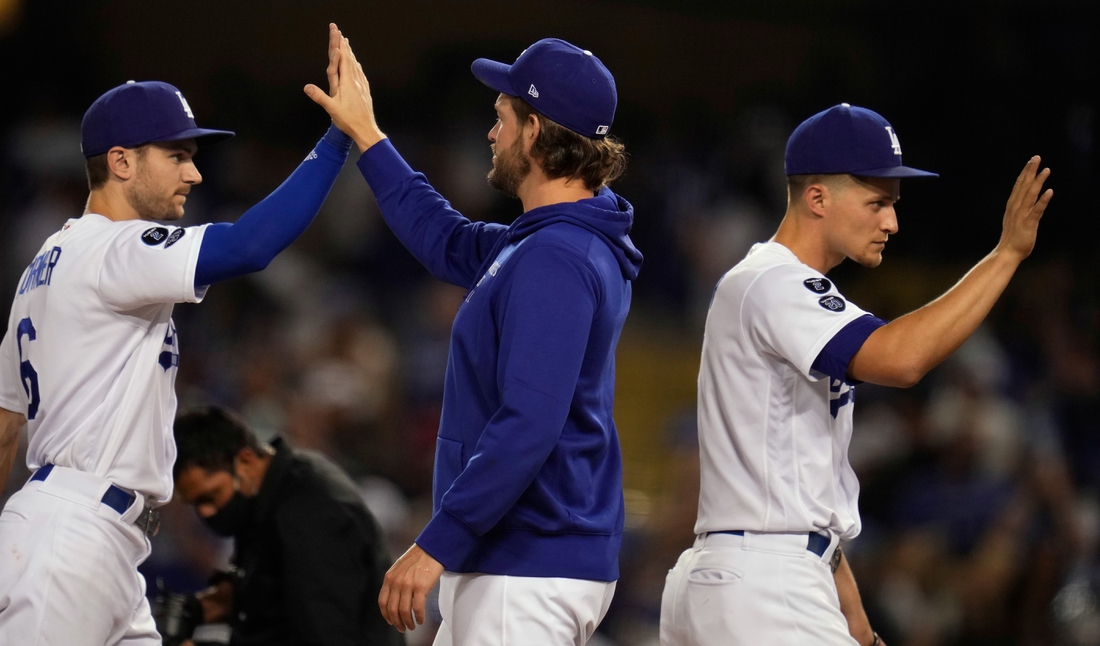 The Los Angeles Dodgers will need help in order to force an extra game in their quest for another National League West title.

The Dodgers (105-56) will face the Milwaukee Brewers (95-66) in game No. 162 on Sunday in Los Angeles. A victory, combined with a San Francisco Giants’ loss to the San Diego Padres, would force a 163rd game on Monday.

The eight-time defending champion Dodgers have found their match this year with the Giants (106-55). The Dodgers have won 17 of their past 20 games, including 8-3 Saturday over the Brewers, yet they have gained only 1 1/2 games in the standings during that stretch.

Without a division title, the Dodgers would enter the playoffs in a winner-take-all game Wednesday against the red-hot St. Louis Cardinals. Risking their 105-win season on a single game is not their ideal scenario.

The Dodgers are expected to send Walker Buehler (15-4, 2.49 ERA) to the mound Sunday. The team considered letting the right-hander skip his last start had it not been a high-stakes game. That is not the case for the season finale.

Buehler is 0-1 with a 1.29 ERA in one career regular-season start against the Brewers.

After the Brewers’ Corbin Burnes gave up three runs over two innings Saturday, his NL-leading ERA rose to 2.43. Buehler is looming just behind in the chase for the ERA title.

“We’ve opened the door here a little bit so (the Giants can) feel the pressure a little bit and we’re right on their heels,” Pollock said on the SportsNet L.A. broadcast. “We’ll see what happens. We’ll go out (Sunday) and take care of business on our side, and we’ll see if the Padres can do something for us.”

The Brewers are expected to send left-hander Brett Anderson (4-9, 4.26) to the mound in the season finale. Milwaukee already has clinched the NL Central title and will open the NL Division Series at home against the Atlanta Braves on Friday.

Anderson is 1-0 lifetime against the Dodgers, giving up no runs and three hits in five innings, with four walks and two strikeouts.

In back-to-back series against playoff-bound teams in the Cardinals and Dodgers, the Brewers are just 1-4. They won’t head into the playoffs with momentum, no matter what happens Sunday, but that isn’t always an indicator of how they will play when the stakes are raised.

“There’s a little bit of a different feel to (the final regular-season games) because you know you’re already in and everything,” Brewers pitcher Eric Lauer said. “I mean, everybody wants to go out there and finish the season strong, keep their numbers where they’re at.

“We’re out there to compete and play because that’s what we like to do. Knowing that we’re already in doesn’t really change the fact that we want to win every game we can.”