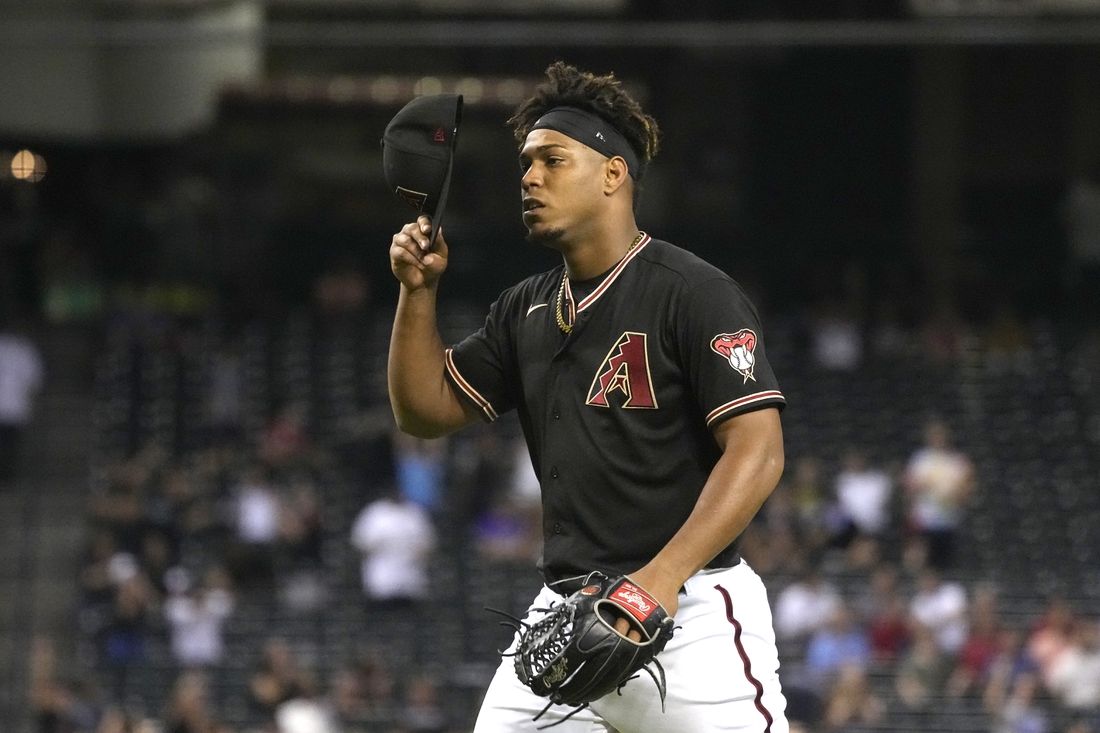 The Arizona Diamondbacks will look to avoid tying for the worst record in franchise history on Sunday when they face the Colorado Rockies in Phoenix.

The Diamondbacks evened the three-game series at one win apiece with an 11-2 victory Saturday. They carry a 51-110 record heading into the season finale. They had a 51-111 record in 2004.

Carson Kelly went 3-for-5 with two RBIs and Christian Walker had three hits and drove in a run on Saturday. The Diamondbacks snapped a five-game losing streak and tied a franchise record with eight doubles.

Colorado (74-86) has trailed early by a large margin in each of the past two games. The Rockies rallied from a seven-run deficit in a 9-7 victory in Friday’s series opener.

The team trailed 6-0 after the first inning on Saturday, when Antonio Senzatela exited after recording just two outs in the shortest outing of his career.

Arizona and Colorado were eliminated from playoff contention weeks ago, allowing the teams to start looking toward next season.

The Rockies named Bill Schmidt the fourth general manager in franchise history on Saturday. Schmidt had been serving as Colorado’s interim general manager since May 3 and received a strong endorsement from manager Bud Black.

“We’ve worked together. We’ve sat in the stands and scouted together,” Black said. “Our communication has been great, and I think he’s been very open-minded. He’s very passionate about this game.”

Sunday’s contest could be the last in a Colorado uniform for All-Star shortstop Trevor Story, who will be a free agent and appears likely to leave the Rockies.

With Story expected to depart, Schmidt could be looking at promising players such as Sam Hilliard to fill key roles.

The 27-year-old outfielder continued his late surge on Saturday with his second home run in as many games. Hilliard is batting .213 for the season, but 12 of his 14 home runs have come in the second half.

“He’s got the raw ability; we all see that,” Black said. “Now we just have to make more consistent contact, get the ball in play and let his strength help his game.”

Arizona rookie shortstop Geraldo Perdomo has also impressed of late. The 21-year-old returned to the majors last Sunday after Nick Ahmed was placed on the injured list with shoulder inflammation.

Perdomo, who has six hits in his last 17 at-bats with one triple and two doubles, said he is looking into the power component of his game.

“I used to always try to get on base, always,” he said. “I was thinking about a single or a double or a hard line drive. But coaches told me, ‘Hey, you need to crush this ball. You have the power. You’ve got the zone awareness, too. You’ve got the talent to do some damage.'”

Both teams plan on using a bullpen game in the season finale. Colorado is expected to use right-hander Ashton Goudeau (2-1, 4.60 ERA) as its opener, while Arizona is sending right-hander Humberto Mejia (0-3, 7.64) to the mound.

Goudeau, 29, earned his second career victory on Wednesday after tossing 2 1/3 scoreless innings in a 10-5 win over Washington. He is 0-0 with a 2.45 ERA in one career encounter with the Diamondbacks.

Mejia, 24, has yet to face the Rockies in his career.