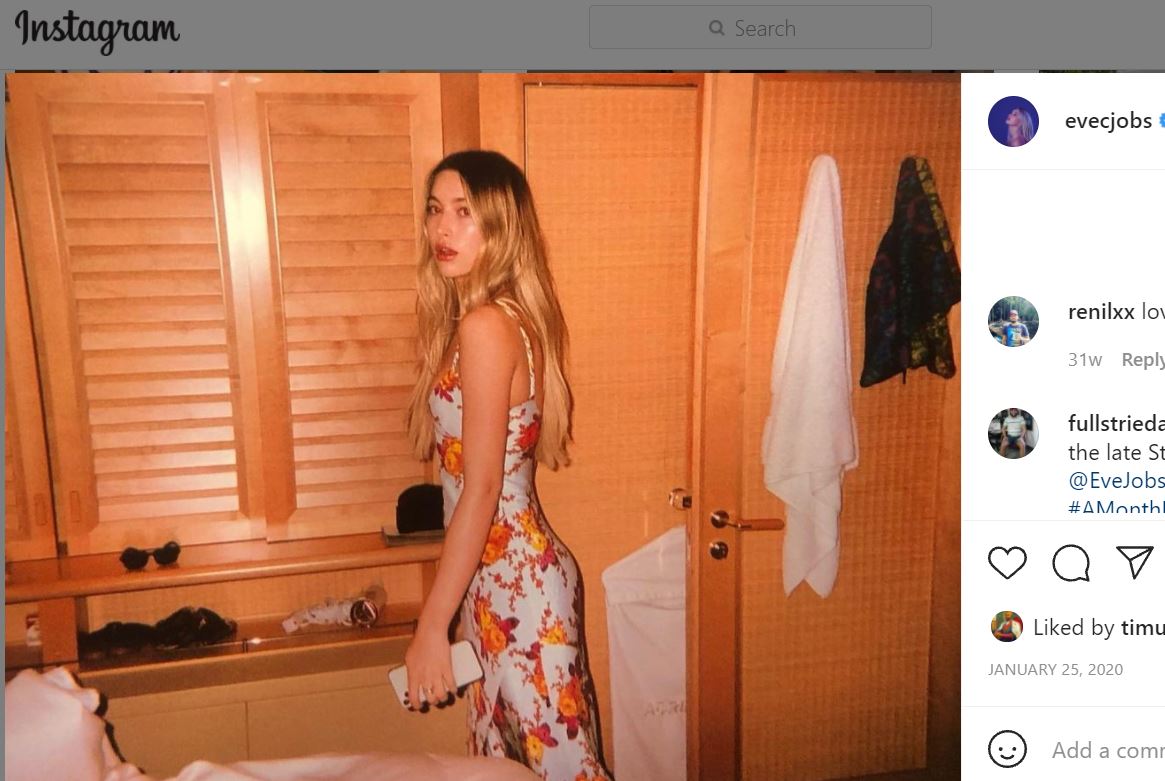 Eve Jobs walked down the runway this past Thursday with celebrities Gigi Hadid, Paloma,  and Elsesser and Adut Akech. Eva was carrying the “Origami” handbag down the runway , whose shape was inspired by the iPhone’s Photos app icon.

Eve is a graduate of Stanford University which is the same school her parents went to.

Eve is also an elite equestrian  in horse jumping. She’s quite prominent  in the world of equestrian sports, and competed against Jennifer Gates, Bill Gates’ daughter. Eve is a recent  graduated from Stanford University — the same school where her late father and mother, Laurene Powell Jobs, first met.

“I can’t put into words how extraordinary this collection is. It was an honor to be apart of the vision @coperni,” Jobs wrote on Instagram