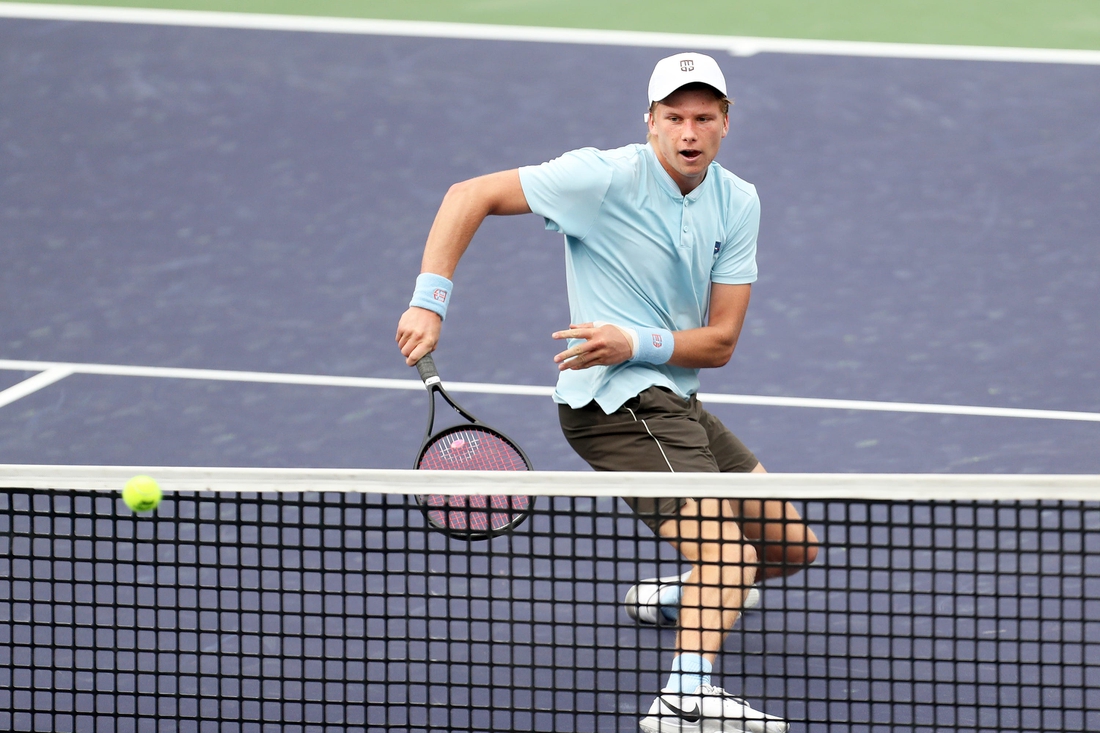 Three men’s singles qualifiers advanced Friday to the second round of the BNP Paribas Open in Indian Wells, Calif.

“I thought my mentality was good tonight,” Murray said. “I sort of focused just on every single point. I don’t know if it felt it inside the stadium, but it was pretty breezy on the court, especially in the first set.

“Maybe some of the points were not that consistent, but I fought for every single point. That was the goal coming into the match and it got me the win.”

Escobedo, a 25-year-old Southern Californian who is playing in his home region, thrived on his serve. He put 81 percent of his first serves in play, winning 70 percent of those points. Escobedo also faced just two break points and lost his serve only once.

Gomez prevailed despite a 52 percent first-serve rate. He converted five of his 12 break opportunities.

Tabilo survived five break points to hold for a 4-4 score in the second set, and he cruised through the decisive tiebreaker.

Brooksby never faced a break-point, getting the lone service break of the match for a 3-2 edge in the second set.

The tournament’s 32 seeded players all received first-round byes. Leading that group are top-seeded Daniil Medvedev of Russia, the reigning U.S. Open men’s champion, as well as No. 2 Stefanos Tsitsipas of Greece, Zverev and No. 4 Andrey Rublev of Russia.