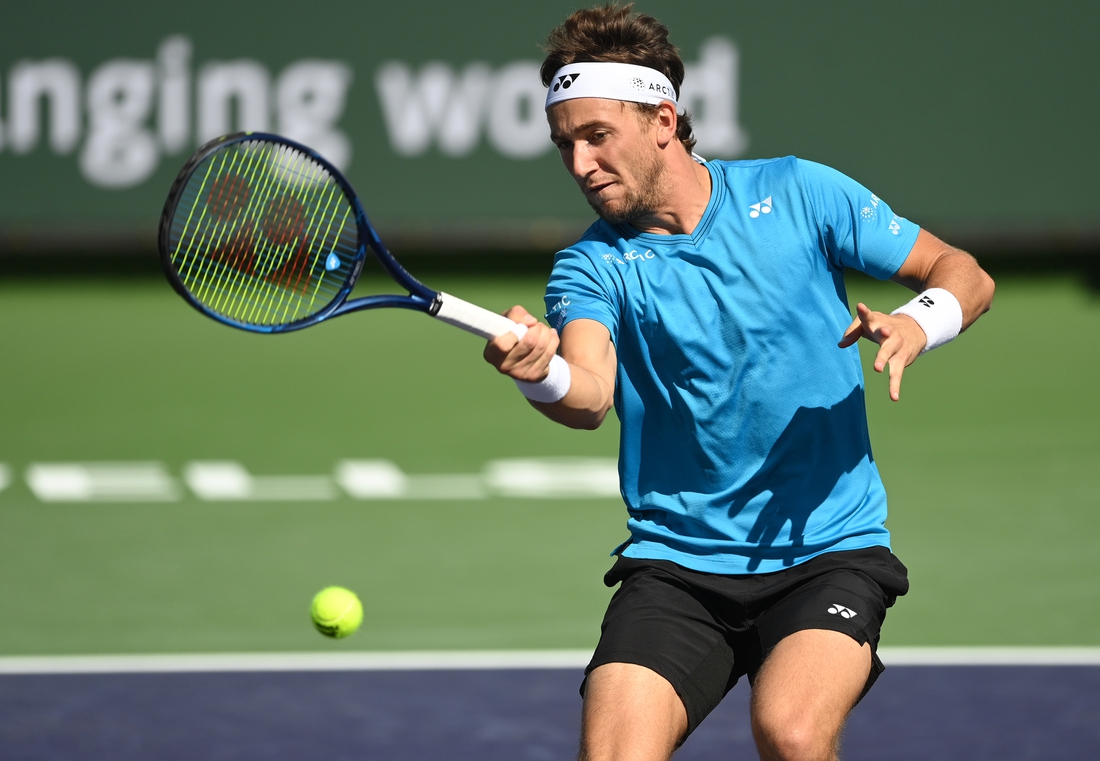 Casper Ruud, seeking his sixth ATP Tour championship of the year, rallied to reach the fourth round of the BNP Paribas Open in Indian Wells, Calif., on Monday.

He is riding a nine-match overall winning streak since a second-round loss to the Netherlands’ Botic van de Zandschulp at the U.S. Open.

Ruud won Monday despite Harris racking up an 18-2 edge in aces. The key was Ruud saving all eight break points he faced on his serve.

“It was a very tough match and I was fortunate to get through in the end,” Ruud said. “There were only some points here and there that decided this match. I saved a lot of break points and in crucial points I stepped up my game.

“It was frustrating because Lloyd was playing well and I was not really feeling the groove like I felt in the first match, and in the end I was fortunate to get through.”

Top-seeded Daniil Medvedev of Russia downed 27th-seeded Filip Krajinovic of Serbia 6-2, 7-6 (1) in 90 minutes. Medvedev cruised in the first after breaking serve twice for a 3-0 lead, but Krajinovic pushed him in the second set, when each player had two service breaks. Medvedev powered to a 5-0 lead in the decisive tiebreaker and closed out the win.

Unseeded Tommy Paul of the United States upset fourth-seeded Andrey Rublev of Russia 6-4, 3-6, 7-5. Serving for the match at 5-3 in the third set, Paul had a match point but allowed Rublev to rally to claim that game before pulling even at 5-5.

However, Paul subsequently held serve and then broke Rublev’s serve to finish off the victory.

Karatsev had no aces to Shapovalov’s 12 and posted a miserable first-serve rate (44 percent), but he faced only one break point, which he saved.

Dimitrov put 77 percent of his first serves in play and won 86 percent of those points (32 of 37). He never faced a break point.

Hurkacz shook off both break points on his serve.

In the last match of the night, 21st-seeded Cameron Norrie of Great Britain beat 15th-seeded Roberto Bautista Agut of Spain 6-4, 5-7, 6-3. Norrie fired 12 aces while Bautista Agut had none.