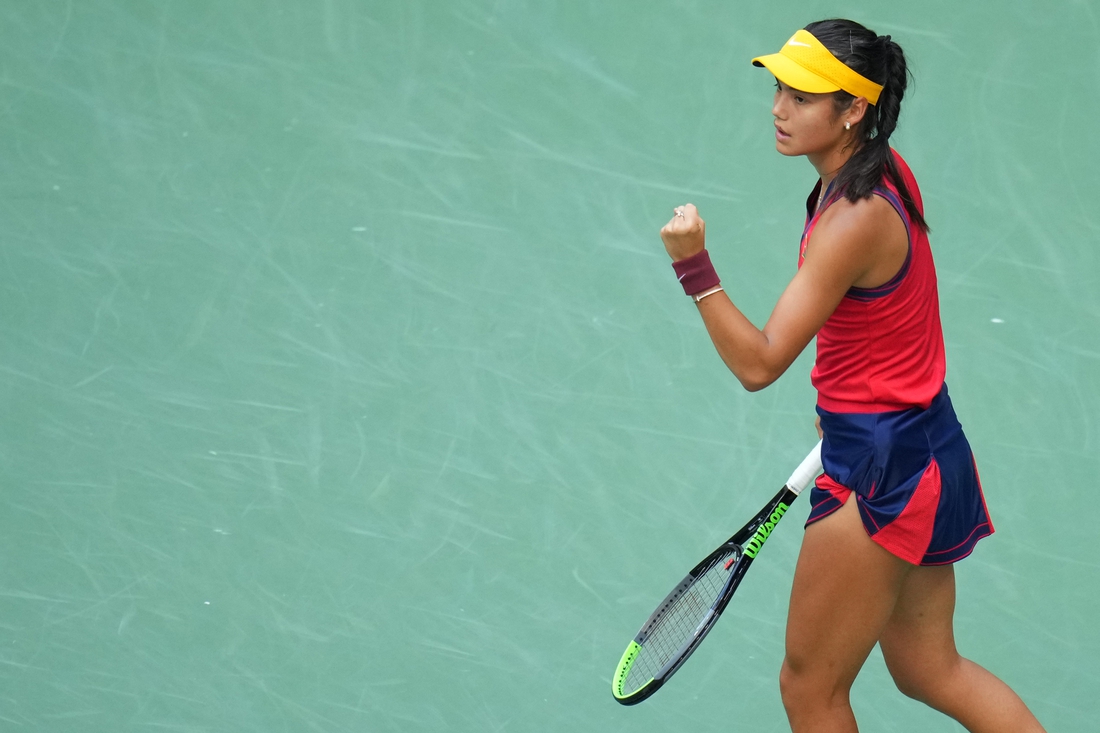 Raducanu, an 18-year-old from Great Britain, stunned the tennis world while emerging from relative obscurity to win the major in New York last month. She arrived at the U.S. Open ranked 150th in the world and needed to get through qualifying just to reach the main draw.

Currently ranked 22nd in the world, Raducanu will be the No. 17 seed in Indian Wells. As one of the top 32 seeds, she will receive a first-round bye in the 96-player event.

Raducanu has not played since beating Canada’s Leylah Fernandez in the U.S. Open final, withdrawing from the subsequent Chicago Fall Tennis Classic.

Her opening opponent in the Southern California desert will be the winner of a first-round match between Colombia’s Maria Camila Osorio Serrano, a 19-year-old ranked 71st in the world, and Belarus’ Aliaksandra Sasnovich, a 27-year-old ranked 100th.

Raducanu parted with coach Andrew Richardson after her U.S. Open success. She announced Sunday that former British tennis star Jeremy Bates would be her temporary coach at Indian Wells.

Halep, a 30-year-old Romanian who is ranked 17th, lost in the fourth round at the U.S. Open to fifth-seeded Elina Svitolina of Ukraine. Days later, Halep married boyfriend Toni Iuruc in her hometown of Constanta, Romania.

Halep, who won the French Open in 2018 and Wimbledon in 2019, will open in Indian Wells against either Ukraine’s Marta Kostyuk or China’s Shuai Zhang.

Fernandez, a 19-year-old who is now ranked 28th, will open in the desert against either France’s Alize Cornet or a qualifier.

The men’s draw for the BNP Paribas Open will be conducted Tuesday.