NHL: NHL power rankings: No. 32 Sabres to No. 1 Lightning 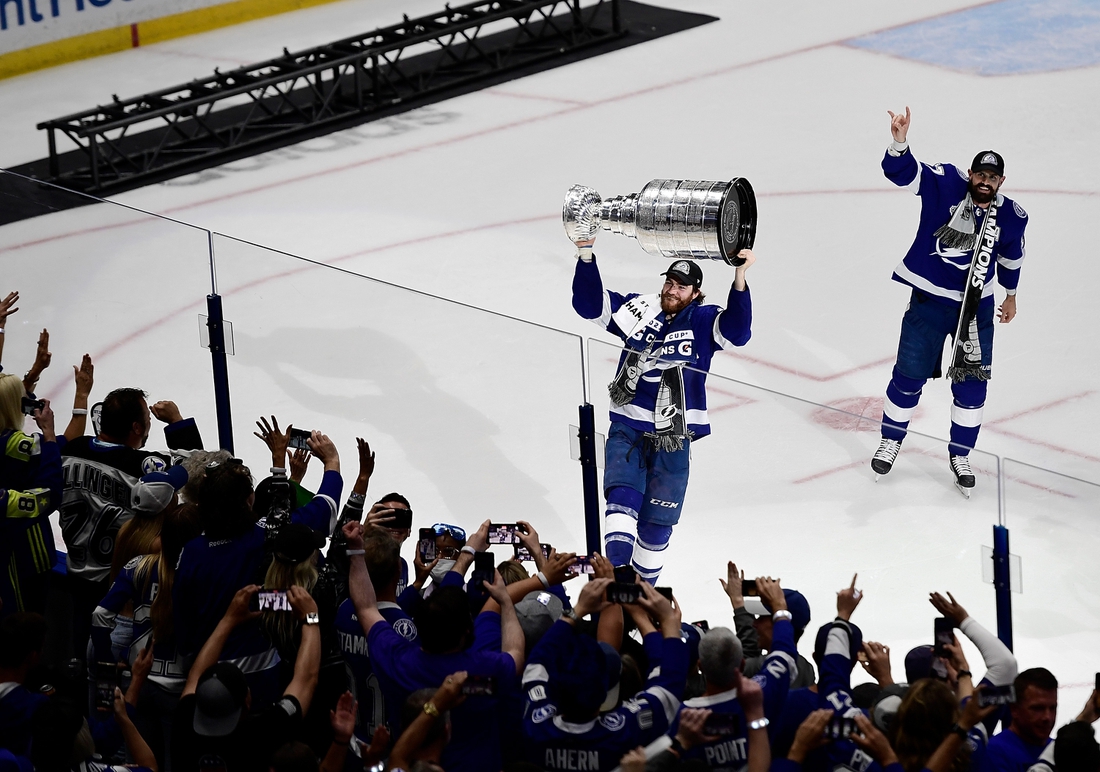 The 2021-22 NHL season features a team looking to achieve a feat not accomplished in a couple of generations, a new franchise, and clubs wanting to rebound from a disappointing campaigns or step forward.

As the league returns somewhat to normalcy following two condensed seasons due to the COVID-19 pandemic, we can look forward to the twists and turns that make being a hockey fan so exciting.

Before the puck drops Tuesday to start the season, here is where we see the 32 clubs from worst to first.

No resolution regarding Jack Eichel’s surgery and trade demand is another gory chapter in franchise history.

The Coyotes performed a teardown to rebuild yet again, with another year of “where will they move” coming, too.

Speaking of rebuilds, the Ducks are still en route to the bottom-out phase while integrating more youth.

The club from Hockeytown, U.S.A., isn’t ready to take much of a step forward, if any at all.

Not having Evander Kane, last year’s top point-producer, is likely a blessing for a club that’s racing to the bottom.

Since beating Tampa Bay in the first round in 2019, it’s been a mass exodus of talent.

The late-season hot streak that put the Predators into the playoffs last season is about to become a distant memory.

Adding free agent Phillip Danault was a positive, but the holes in this team are huge. Losing rookie Quinton Byfield to a broken ankle is a brutal start.

Their Cinderella run to the Stanley Cup Final will be a great memory for a team that will be without goalie Carey Price for the first month.

The Kraken aren’t a team of castoffs, but temper expectations of duplicating the success of the Vegas Golden Knights in their inaugural season.

The Devils are a young team ready to hit the next phase of their rebuild, but they aren’t ready for prime time yet.

The Senators are better than their start to last season, but not as good as their final push. The difficult re-signing Brady Tkachuk created an unnecessary distraction.

Nearly everything that could go wrong last season did go wrong for the 2020 Cup finalists, who have an aging core.

The Canucks aren’t as bad as their disastrous finish last season, but they’re not a slam-dunk playoff team despite their young talent.

A new chapter is coming soon with Evgeni Malkin to miss the start of the season, Sidney Crosby recovering from injury and roster holes.

Massive changes after a disappointing season were needed, but the biggest key will be whether goalie Carter Hart regains his form.

Contract extensions or trades involving Johnny Gaudreau and Matthew Tkachuk will be front and center for a middling team.

Talent nearly pushed the Rangers into the playoffs last season, and the toughness they added will make a difference.

Having a disgruntled star in Vladimir Tarasenko around could derail things further for the 2019 champs.

The Wild surprisingly finished ninth overall last season thanks to their young talent, but prepare for a step back before a leap forward.

The changing of the guard is about to be in full swing for a team that reached the 2019 Cup Final before experiencing two disappointing years.

Zach Hyman adds forward depth for a club that relies so much on Connor McDavid and Leon Draisaitl, but question marks abound.

Alex Ovechkin’s chase for Wayne Gretzky’s goal-scoring record will become more of a focus as Father Time impacts the 2018 champs.

Being swept by the Canadiens in the second round of the playoffs finally resulted in a much-needed revamped defense corps.

The time is at hand for an actual playoff run, not a first-round upset, although goaltending will be a huge focus all season.

Despite knocking on the door, the Hurricanes made big changes, including going with a questionable new goaltending tandem of Frederik Andersen and Antti Raanta.

Without top defenseman Aaron Ekblad, the Panthers gave the Tampa Bay Lightning plenty to handle on the way to the title. Truly a team to watch.

The potential Presidents’ Trophy winners didn’t address the goal-scoring woes that sunk them in playoffs.

Losing to the Lightning in the playoffs semifinals each of the past two seasons shows exactly what task is at hand.

Like the Isles, the Avalanche must kick down the door this season and make a lengthy playoff run to dispel the tag of being underachievers.

The last team to win three consecutive titles was the Islanders during their four-year run in the early 1980s. Tampa Bay lost its whole third line in the offseason but added a couple of vets in Corey Perry and Pierre-Edouard Bellemare to take a run at history.