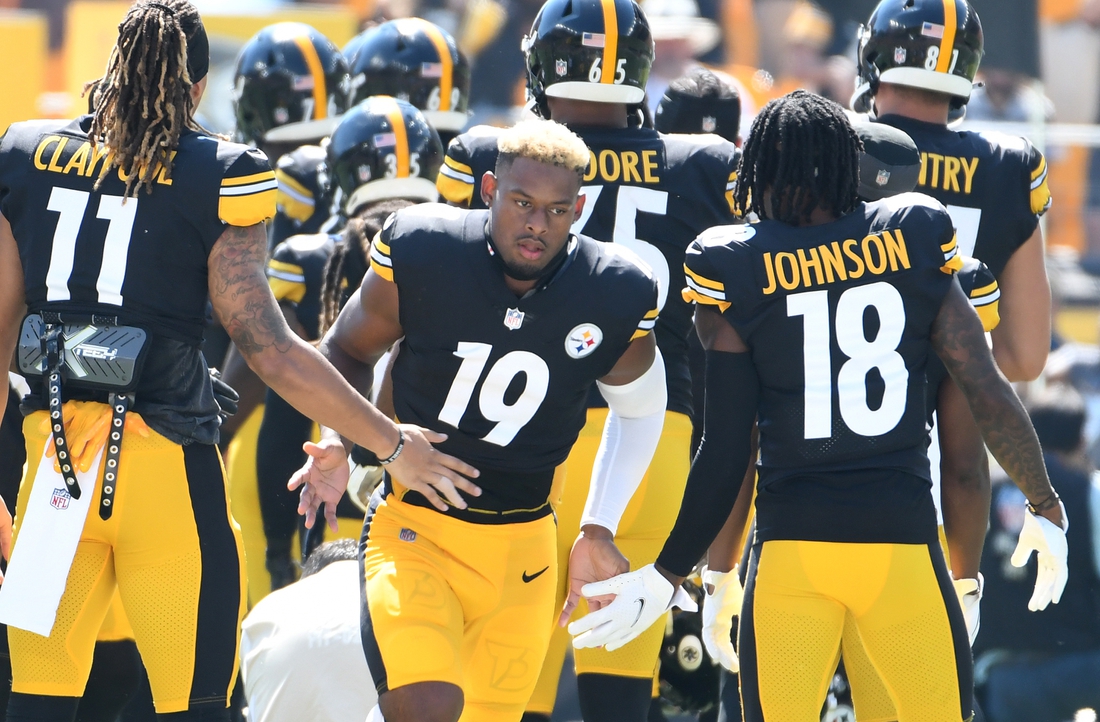 Pittsburgh Steelers wide receiver JuJu Smith-Schuster was ruled out for the second half of Sunday’s game against Denver due to a shoulder injury.

On the first play of a Pittsburgh drive with 5:47 left in the second quarter, Smith-Schuster rushed around the left end for 3 yards before being tackled by Broncos safety Kareem Jackson.

Jackson’s helmet struck Smith-Schuster’s right arm and the fifth-year wideout appeared to be in serious pain as he was helped to the locker room.

Smith-Schuster, 24, finished with two carries for 6 yards and zero catches on one target. For the season, he has 15 receptions for 129 yards and no touchdowns in five games.

Steelers linebacker Devin Bush exited in the third quarter with a leg injury and was also ruled out.

Bush, 23, sacked Teddy Bridgewater for a 12-yard loss in the second quarter. It was his second sack of the season and his fourth since Pittsburgh drafted him in the first round in 2019.