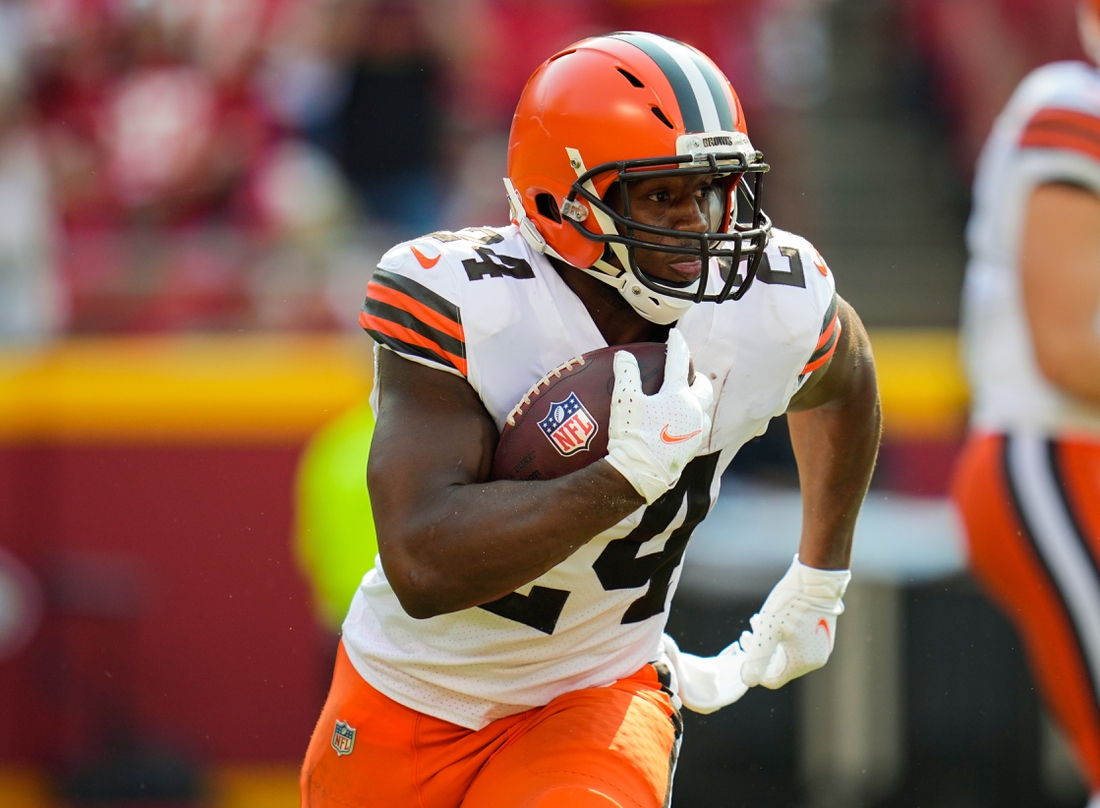 The Browns opened the week black and blue as their primary backfield and edge rushers were among a host of Cleveland players who missed practice Wednesday with injuries.

Chubb is second in the NFL in rushing with 523 yards while Hunt has 295, good for 16th in the league.

The Browns (3-2) are preparing to play the undefeated Arizona Cardinals on Sunday in Cleveland.

Wide receiver Jarvis Landry is eligible to return from injured reserve this week but did not practice.