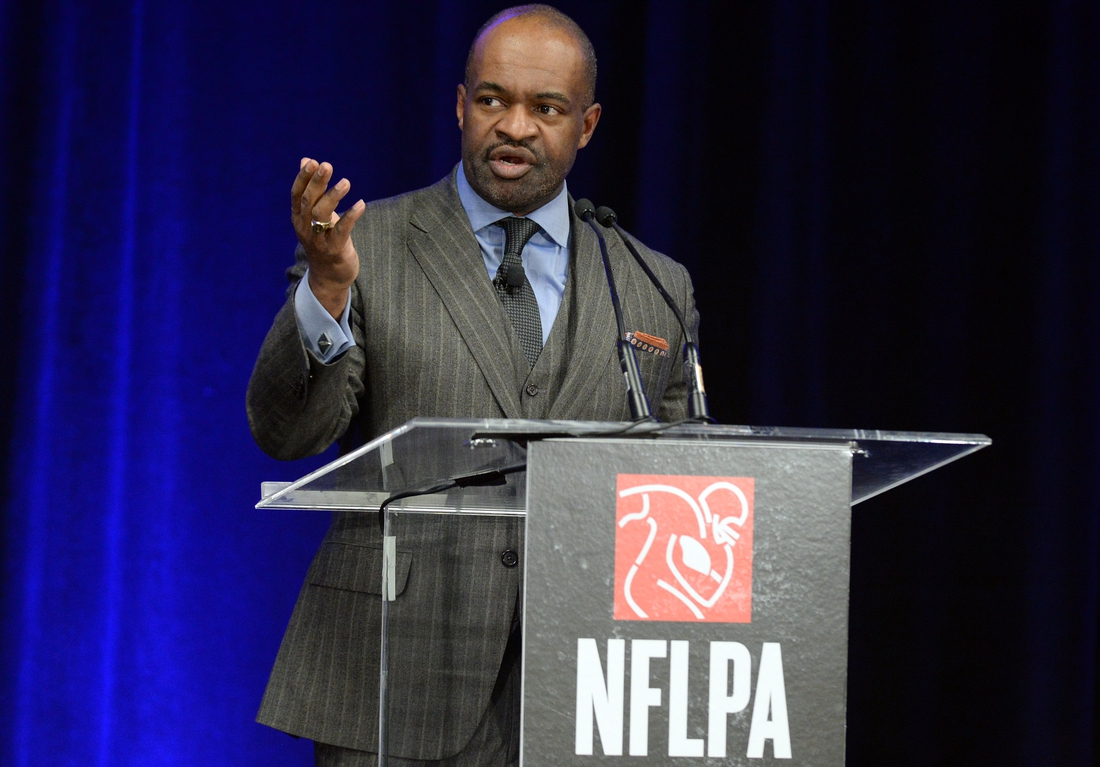 DeMaurice Smith will remain the NFL Players Association’s executive director for one more term, which will be his last, after the union’s Board of Player Representatives voted to retain him on Friday.

According to NFL Network and ESPN, Smith received the exact minimum number of votes to keep his job, 22 of 32. Of the other 10, eight reportedly dissented and two abstained.

Smith’s upcoming term might be as short as one year, per NFL Network.

NFLPA president JC Trotter, a Cleveland Browns center, wrote of Smith in a statement, “He was transparent with us about his interest in moving on after this term and for the stability and security of our union, he will work with our player leadership to ensure we have a succession plan in place for the next leader. De cares deeply about our union and about our players and we thank him for staying to help us secure a strong future for the NFLPA.”

“From the beginning of my tenure here, my mission has been the same and the fact is that I serve at the pleasure of the players. Thank you to the Board and I look forward to continuing to fight for players.”

Thank you to the player leadership. pic.twitter.com/KpOCynjsix

Had Smith received fewer than 22 votes Friday, the union would have held an election in March to determine who would serve the next term. Smith could have run again as long as he got 16 or more votes Friday.

Smith and the NFLPA came under scrutiny after a faction of the players objected to the outcome of the most recent collective bargaining agreement talks. The current CBA, in place through 2030, was ratified on March 8, 2020, just before the sports world was shuttered due to the pandemic.

The news of Smith’s new term comes on the same day that his name made headlines for reasons outside his control. The Wall Street Journal reported that now-Las Vegas Raiders coach Jon Gruden referred to Smith using racist wording in an email sent in July 2011.

Gruden apologized in the wake of the report.

Smith told the Journal, in part, “This is not the first racist comment that I’ve heard and it probably will not be the last. … Racism like this comes from the fact that I’m at the same table as they are and they don’t think someone who looks like me belongs. I’m sorry my family has to see something like this but I would rather they know. I will not let it define me.”