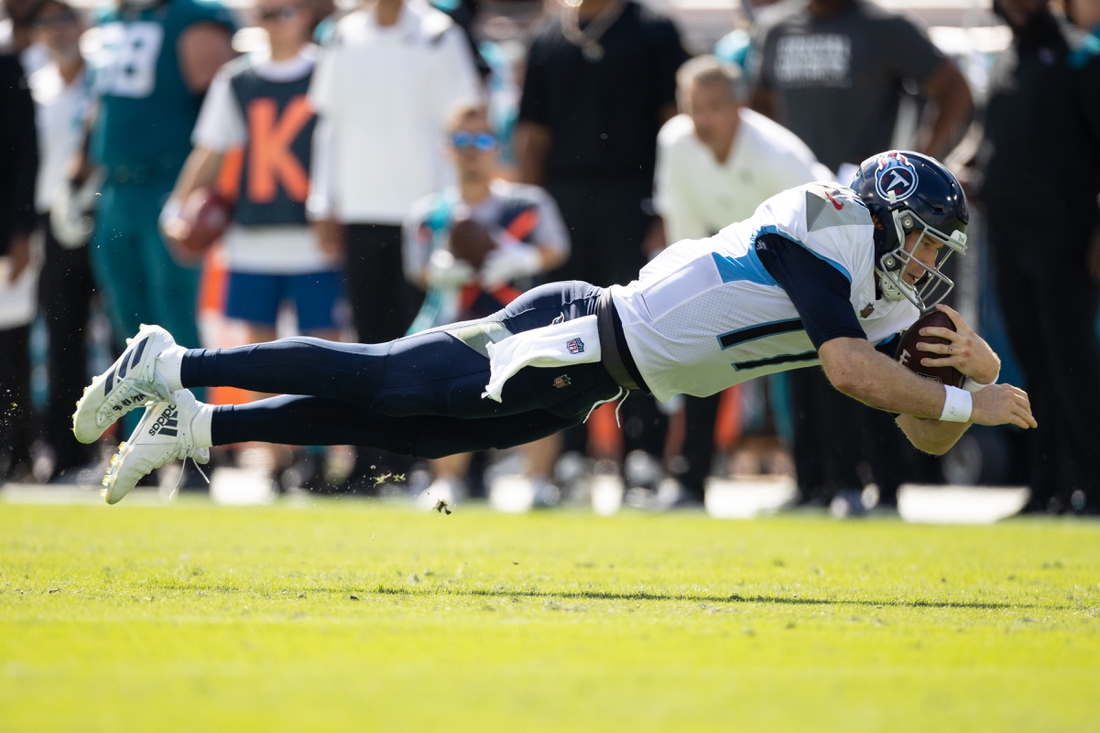 Henry finished the day with 130 yards on 29 carries, his fourth straight 100-yard game, as Tennessee (3-2) maintained its AFC South lead. Ryan Tannehill completed 14 of 22 passes for 197 yards, hitting five passes for 20 yards or more against a defense stacked to stop Henry.

Trevor Lawrence connected on 23 of 33 passes for 273 yards for the Jaguars (0-5), accounting for a touchdown with his arm and his legs. Jacksonville also got a career-high 149 yards and a score from James Robinson on just 18 rushes.

The Titans took the lead for good just a minute into the game when Kevin Byard picked up a fumble and ran 30 yards for a touchdown. Robinson scored on a 1-yard run less than three minutes later, but Matthew Wright missed the extra-point kick.

Henry started the second quarter by plowing over from the 1 to cap an 11-play, 79-drive and make it 14-6. Lawrence answered back by hitting Jacob Hollister with a 1-yard touchdown pass with 10 minutes remaining, slicing the lead to a point.

Tennessee established its working margin after that. Tannehill connected with MyCole Pruitt for a 14-yard scoring strike and Randy Bullock hit a 34-yard field goal with 31 seconds left, giving the Titans a 24-13 halftime lead.

Henry finished off a drive of more than five minutes to start the second half, scoring on a 9-yard run to up the advantage to 18 points.

Jacksonville got a 4-yard touchdown run from Lawrence with 13:50 left in the game, but Henry sealed the outcome on a 10-yard scoring jaunt with 1:54 remaining.