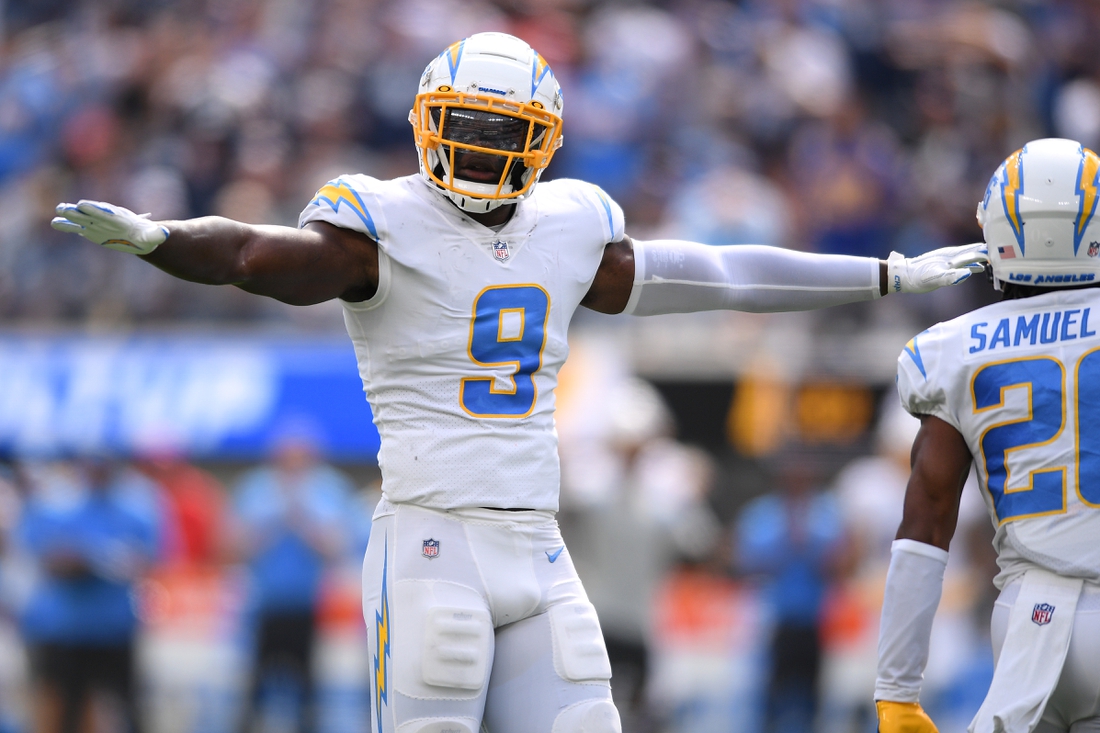 Murray, 22, injured his left ankle at practice Saturday, but is only expected to miss three games, NFL Network reported.

It is the third time Murray has injured an ankle since the start of training camp. He injured his right ankle in Week 2 against the Dallas Cowboys but returned to play in the game.

Murray, a first-round draft pick last year who is third on the Chargers with 19 tackles, is expected to be replaced Monday by Drue Tranquill.

Jones, 25, was thought to be close to a return from a calf injury in Week 1 against the Washington Football Team. Head coach Brandon Staley was confident Jones would be able to play against the Raiders as recently as Saturday.

Merrill, 25, was an undrafted free agent out of Arkansas State, who has not played in an NFL game. Fehoko, 24, played on 19 snaps over two games for the Chargers last season. He was undrafted out of LSU.