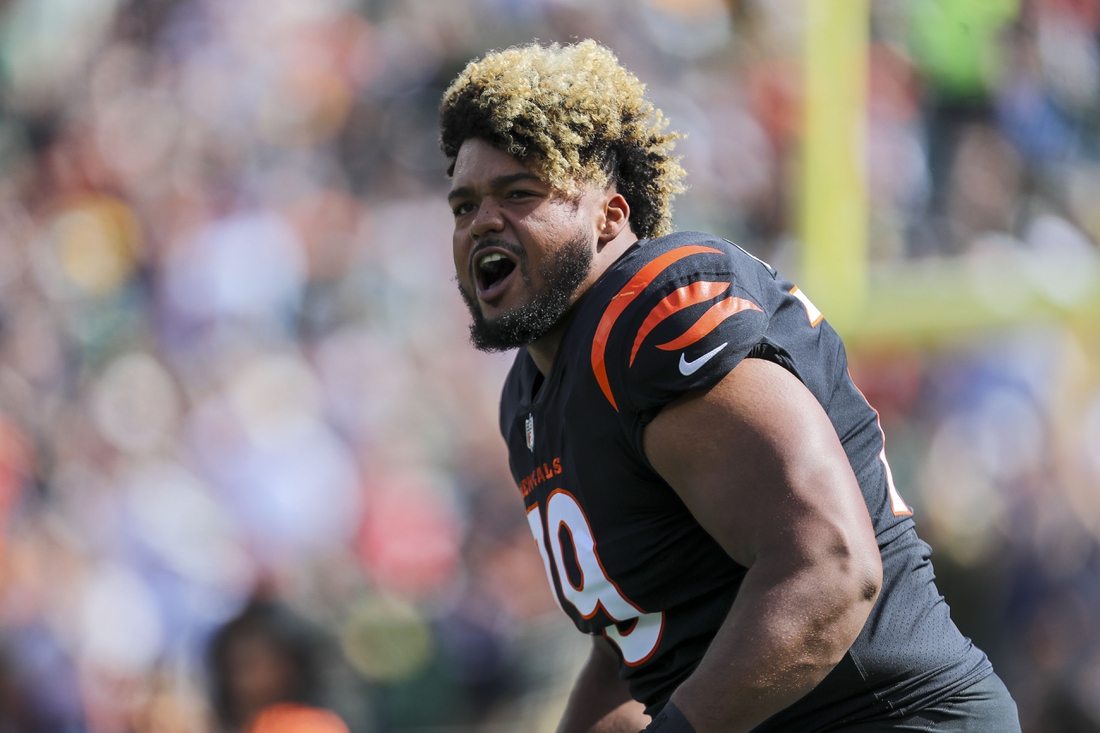 Carman has started the past three games at right guard in place of the injured Xavier Su’a-Filo. The 2021 second-round pick played 100 percent of the team’s offensive snaps in those games.

Perine played 61 percent of the offensive snaps in Sunday’s loss to the Green Bay Packers with starting RB Joe Mixon battling an ankle injury. Perine rushed 11 times for 59 yards and caught four passes for 24 yards — all season highs — and a touchdown in the 25-22 overtime defeat.

Starting quarterback Joe Burrow was released from the hospital Sunday night after suffering a potential throat contusion during the game. He was reportedly having trouble speaking after the game and did not talk to the media.