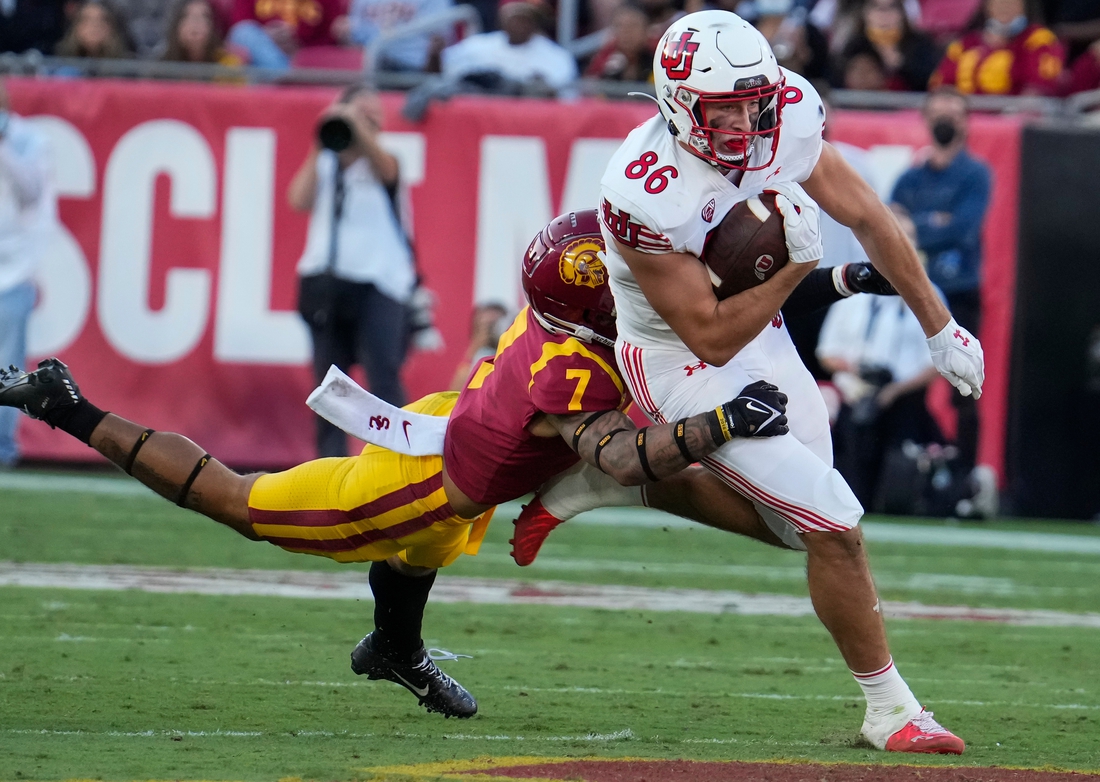 Cameron Rising passed for three touchdowns and rushed for a fourth, and Utah rolled on Saturday to its first win over Southern Cal in Los Angeles since 1916, 42-26.

Rising threw his first touchdown to Money Parks, a 12-yard connection that gave the Utes a 14-10 lead. Utah then forced a quick punt, thanks in part to a Mika Tafua sack, and moved into USC territory with gains of 13, 18 and 10 yards.

USC (3-3, 2-3) forced a fourth-and-one, but Rising found Devaughn Vele for a 37-yard touchdown off a flea flicker to put Utah ahead by two scores going into intermission.

The Utes bookended halftime with another scoring drive, capped with a 43-yard Tavion Thomas touchdown run. After Vonte Davis intercepted USC quarterback Kedon Slovis on the ensuing Trojans possession, Rising cashed in with a 17-yard touchdown rush for a 35-10 lead.

USC’s Drake London surpassed 100 yards receiving for the fourth consecutive game and fifth time on the season, catching 16 passes for a game-high 162 yards.

London scored in the second quarter on a 20-yard connection with Slovis, who went 33 of 53 for 401 yards. Slovis threw his second touchdown, a 41-yarder to Malcolm Epps, in the final minute.

London’s score marked USC’s only touchdown on three trips to the red zone in the first half. The other two resulted in a Parker Lewis field goal of 28 yards and a 34-yard miss.

Vavae Malepeai scored on a two-yard carry in the fourth quarter for USC, but Utah answered with Rising throwing the last of his touchdowns to Dalton Kincaid.

Saturday marked the third consecutive home loss for USC, matching a Coliseum losing skid that closed out the 2018 campaign. The Trojans finished each of the last two seasons they lost three straight at home (2000, 2018) below .500.