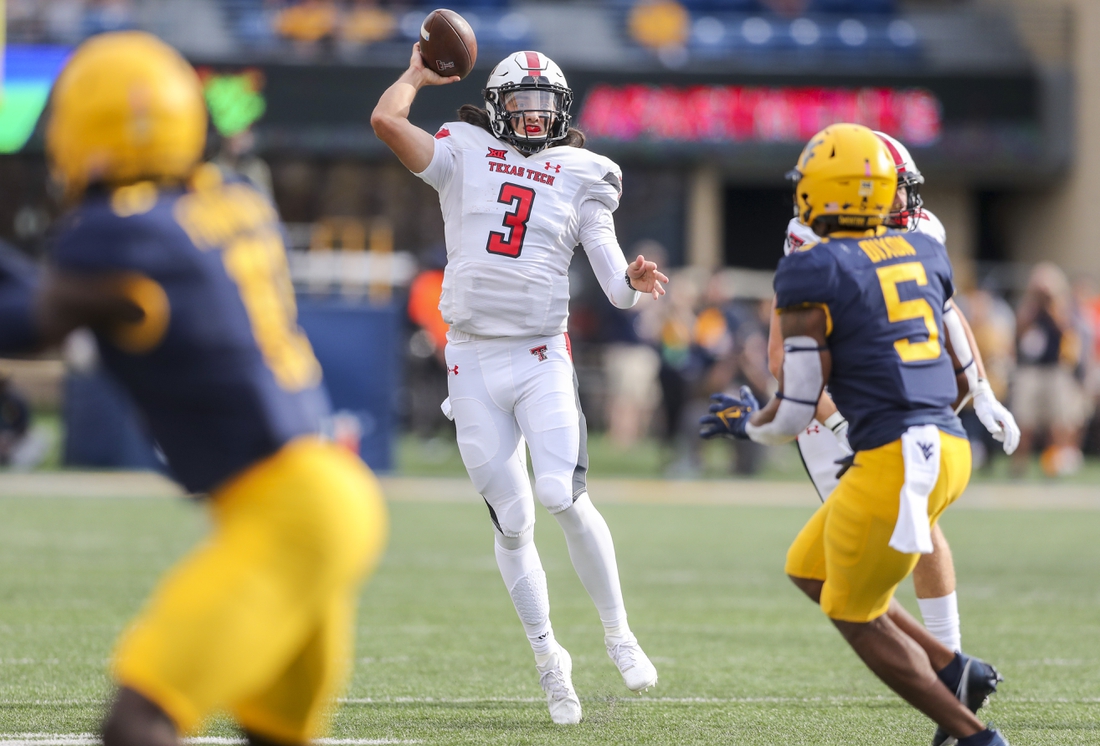 Texas Tech has played two very different roles against opponents with varying frames of mind in the first two games of the Big 12 Conference schedule: underdog at Texas, wounded animal at West Virginia.

Another new test awaits the Red Raiders on Saturday when TCU visits Lubbock.

Although Texas Tech (4-1, 1-1 Big 12) is a slender underdog, the Red Raiders are the team with a head of steam in a showdown dubbed “The Battle for the Saddle.”

A 23-20 victory at West Virginia last week helped Texas Tech chase away the aftertaste of a 70-35 loss at Texas the week before. TCU is in a different kind of mood after its comeback bid against the Longhorns fizzled in a 32-27 setback last week.

Nor are the Red Raiders likely to underestimate TCU.

In a strange series that saw the home team lose five games in a row until last season, TCU has won five of the past seven meetings, including the past three in Lubbock. Last year in Fort Worth, Duggan ran wild in a 34-18 triumph with 154 rushing yards and three touchdowns — featuring an 81-yard backbreaker in the fourth quarter to seal the win.

That was part of a 270-yard rushing performance by the Horned Frogs, whose offensive coordinator that day was Sonny Cumbie. He left in the offseason to take the same spot at Texas Tech, his alma mater.

“That will be, I’m sure, a storyline in the media all week,” third-year Red Raiders coach Matt Wells said of the connection. “It really doesn’t need to be. This game is about the players. Certainly, he was part of that (TCU) offense for seven years, so they’re not going to completely change. I think you see some things that are similar in ours to theirs.”

Henry Colombi will start at quarterback for Texas Tech with Tyler Shough out several more weeks with a broken collarbone. While filling in the past two weeks, Colombi threw for a combined 590 yards with three touchdown passes and one interception.