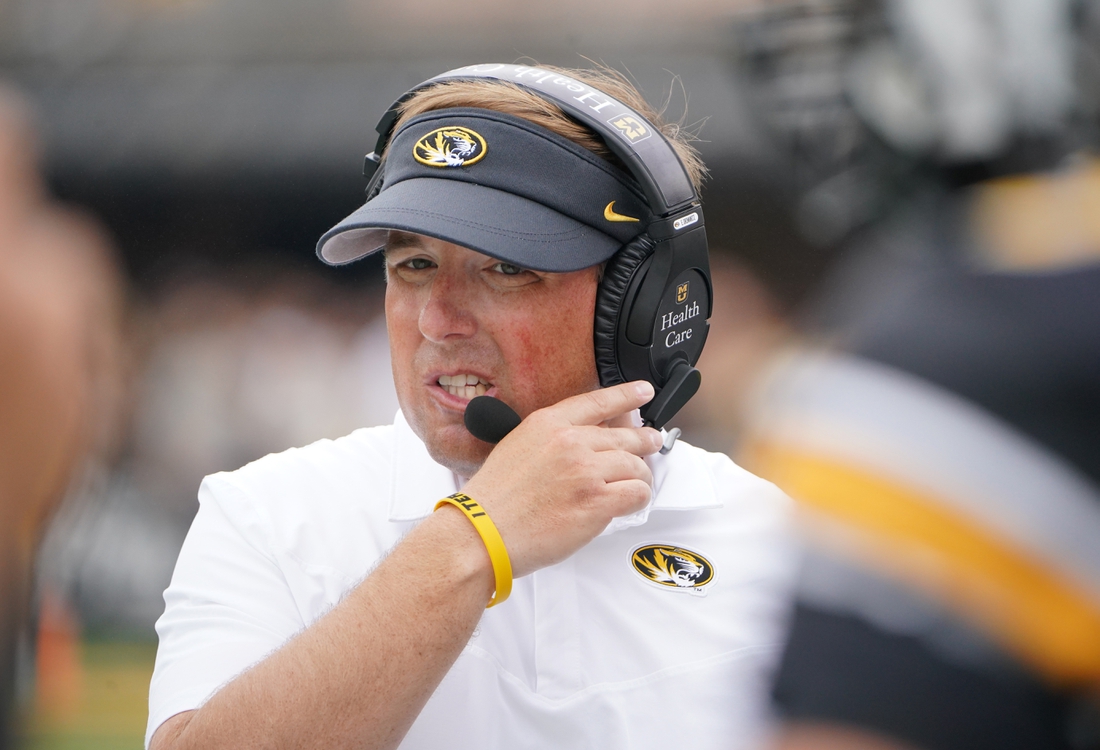 The Missouri Tigers will try to fix their broken run defense when they host the North Texas Mean Green on Saturday in Columbia, Mo.

Missouri (2-3) has allowed 306.6 rushing yards per game, which ranks dead last among FBS schools — about 43 yards per game more than any other team.

This nonconference game at Faurot Field will give the Tigers an opportunity to regroup.

“Every week is a challenge, but for us the biggest challenge is not going to be North Texas, it’s going to be us, and making sure that we have the right frame of mind and play at a high level,” Missouri coach Eli Drinkwitz said Tuesday.

Drinkwitz fired defensive line coach Jethro Franklin after the Tigers suffered a 62-24 loss to Tennessee on Oct. 2. The Vols rushed for 458 yards in that game and piled up 683 yards in offense.

“I’ve told the team and the staff Tennessee doesn’t have to define us or this season, but if we let it, it will,” Drinkwitz said. “How you respond to Saturday is going to determine what kind of person you want to be defined as. This fight just started for me.”

North Texas (1-3) will bring a solid rushing attack into this game. DeAndre Torrey rushed for 119 yards on 26 carries in the Mean Green’s 24-17 loss to Louisiana Tech — and he has run for 516 yards and four touchdowns this season.

The Mean Green had a bye week before this game, which gave them an opportunity to work on their sputtering passing attack. They threw for fewer than 100 yards in their losses to UAB and Louisiana Tech, with Austin Aune and Jace Ruder alternating at quarterback. They have combined to complete 49.3 percent of their throws.

“We have struggled in the passing game, which is the product of a few things,” North Texas coach Seth Littrell said. “We have to be better and more accurate at the quarterback position and stretch the field. We also must get on the same page on our deep balls and big-play opportunities. Some of that is guys coming in and out.”

Mean Green receiver Tommy Bush is out for the season after suffering a leg injury against SMU. Receiver Jyaire Shorter remains sidelined with an injury suffered in practice and running back Oscar Adaway III is out with a season-ending knee injury.