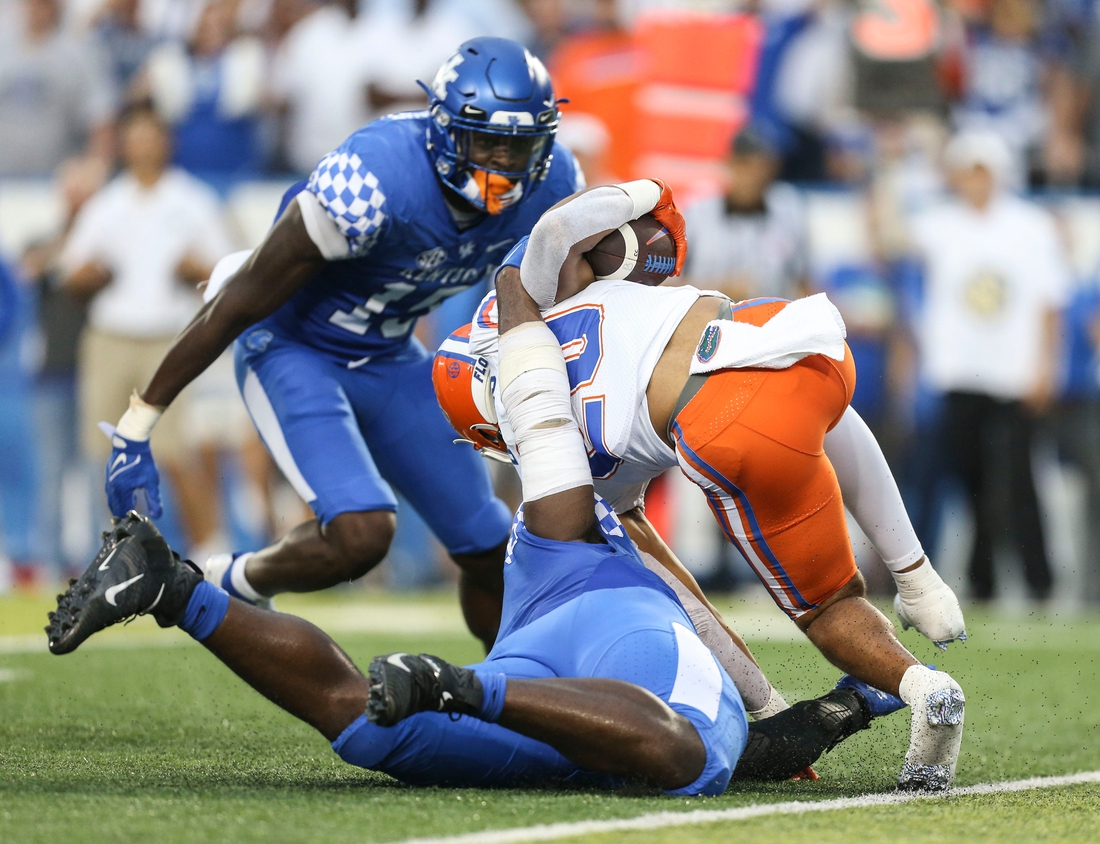 Kentucky broke a 16-game home losing streak to No. 10 Florida on Saturday night when Jacquez Jones deflected a potential touchdown pass with nine seconds left to polish off a 20-13 upset in Lexington.

The Gators (3-2, 1-2 SEC) drove to the Wildcats’ 8-yard line and had fourth-and-goal. Gators quarterback Emory Jones appeared to have an open receiver in the end zone, but Jacquez Jones leaped and got a fingertip on the ball as the sellout crowd erupted.

Fans stormed the field as Kentucky (5-0, 3-0) ran out the clock on its first home win over Florida since 1986. The result could propel the Wildcats into the Top 25 when the new poll is announced on Sunday.

Kentucky took the lead for good with 6:36 left in the third quarter when Josh Paschal blocked a field goal that teammate Trevin Wallace returned 76 yards for a touchdown that made it 13-10.

Chris Rodriguez made it 20-10 when he rumbled 9 yards off right tackle with 11:32 remaining in the game, the highlight of his game-high 99 yards on 19 carries.

Florida drew 15 penalties, eight of them false starts, for 115 yards.

After each team punted on its opening possession, Florida initiated scoring on its second drive. It went 75 yards in seven plays with Emory Jones finding Ja’Quavion Fraziars for a 7-yard touchdown pass, with Fraziars extending the ball across the goal line’s plane.

Kentucky needed just over 2 1/2 minutes to answer. Levis flipped a middle screen to Wan’Dale Robinson and he took care of the rest, slaloming 41 yards and breaking multiple tackles to tie the game with 5:19 left in the first quarter.

That was it for touchdowns for the half’s remainder as the teams settled into a defensive slugfest. The Gators did manage to take a 10-7 lead into the locker room, thanks to a 51-yard field goal by Jace Christmann with 5:32 remaining.