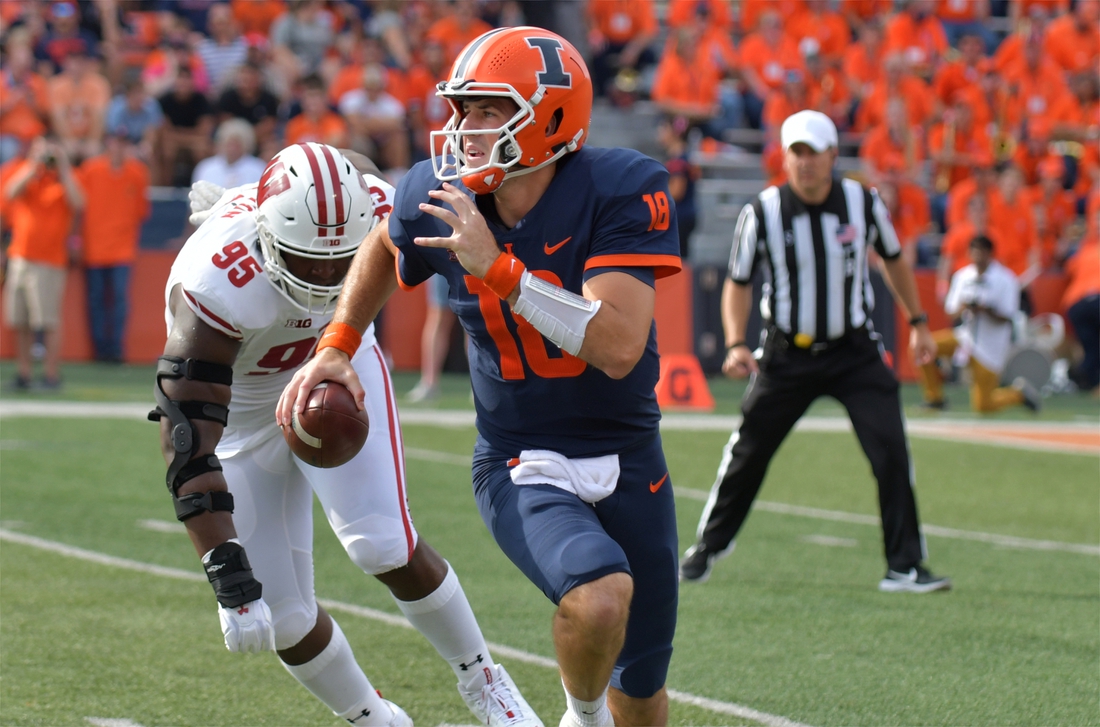 Chez Mellusi rushed for 145 yards and a touchdown and Wisconsin played air-tight defense in overwhelming Illinois 24-0 on Saturday afternoon in Champaign, Ill.

Braelon Allen piled up 131 yards on the ground and also scored for the Badgers (2-3, 1-2 Big Ten), whose three losses have been to ranked teams.

Wisconsin had little trouble with the Fighting Illini (2-5, 1-3).

The Badgers rolled up 491 yards in total offense, while its defense — which began the weekend first in the nation against the run and third in total defense — held Illinois to 93 yards overall (26 rushing, 67 passing). The Illini had only 40 total yards after three quarters.

Badgers quarterback Graham Mertz completed 10 of 19 passes for 100 yards and an interception.

Joseph Kerby picked off Mertz at the Illini’s 3-yard line. Kerby also recovered a fumble in the third quarter.

The Badgers led 10-0 in the first half and picked right up to start the third quarter, going 75 yards in 13 plays and chewing up 6:22 off the clock. Mellusi capped the drive with a 15-yard touchdown run.

Later in the quarter, Allen sprinted 23 yards to a corner of the end zone on a quicker drive, covering 86 yards in just five plays.

Illinois coach Bret Bielema, who coached at Wisconsin for seven seasons before leaving for five seasons at Arkansas, saw his former team win the possession game 36:02 to 17:17. Five of Illinois’ nine first downs came on penalties.

The Illini did not advance into Wisconsin territory until about the midpoint of the fourth quarter.

Backup quarterback Artur Sitkowski completed 8 of 27 passes for 55 yards for the Illini. He entered after Brandon Peters completed 3 of 7 passes for 12 yards in the first three possessions.

The Badgers scored the only touchdown of the first half on their second lengthy drive of the game. They kept the ball for almost seven minutes as they marched 79 yards on 14 plays.

John Chenal, who converted a fourth-down play during the drive, plowed in from 1 yard out for a 10-0 lead.

Wisconsin amassed 206 total yards in the first half to only 33 for Illinois, and two of the Illini’s three first downs came via penalties.

The Badgers had scored on their first possession of the game, consuming 9:44 in covering 67 yards on 18 plays. The drive stalled on the Illini 7-yard line, and Collin Larsh booted a 17-yard field goal.