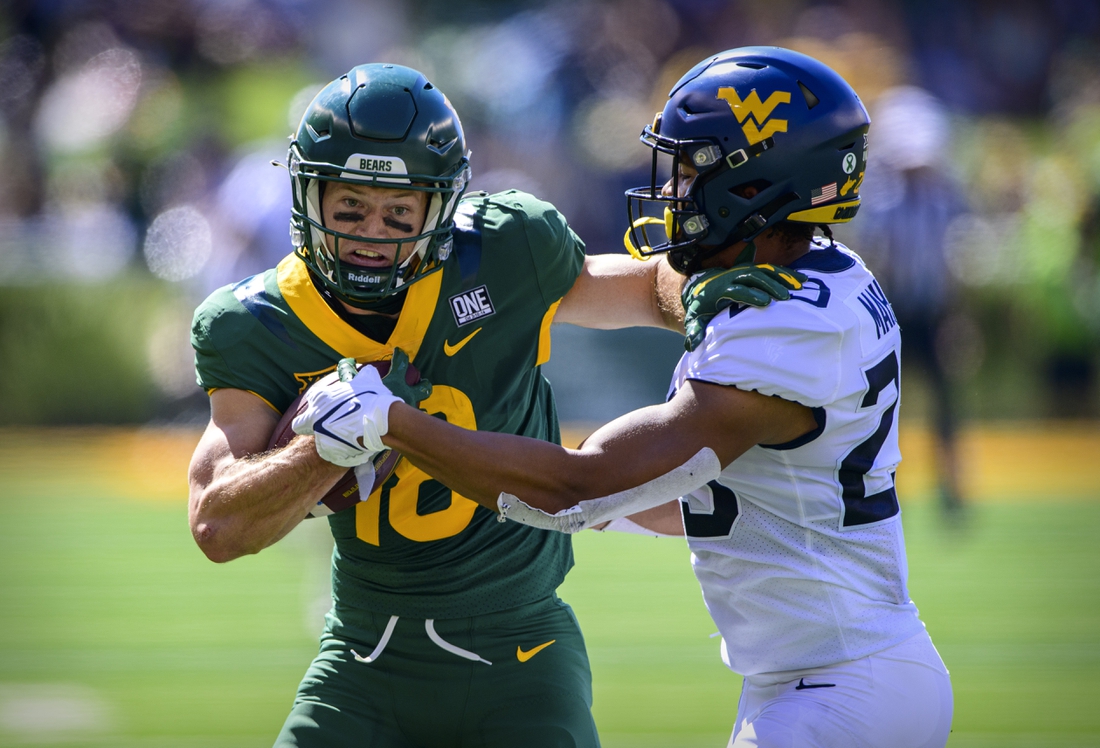 Baylor emphatically made its case for a quick return to the polls by dispatching West Virginia 45-20 in Waco, Texas, on Saturday.

The Bears, who dropped from the AP Top 25 poll following their first loss of the season last week against Oklahoma State, dominated, outgaining the Mountaineers 525-362.

The game was billed as a battle between one of the nation’s top rushing teams, Baylor, and West Virginia’s stellar run defense. Instead, Baylor took to the air early and often, building a 28-10 lead off 272 first-half passing yards from quarterback Gerry Bohanon, who set a career high for passing in the opening half.

Bohanon finished the game completing 18 of 29 passes for 336 yards with four touchdowns.

The Bears (5-1, 3-1 Big 12) started the game with a bang, scoring on a 75-yard Bohanon touchdown pass to Tyquan Thornton on their second play from scrimmage.

Baylor outscored West Virginia 21-3 the rest of the half.

Bohanon threw his third touchdown pass of the game, an 11-yarder to Thornton, with 9:52 to play in the second quarter, finishing off a five-play, 86-yard drive.

Thornton finished with eight receptions for 187 yards and 2 touchdowns.

An Isaiah Hankins 45-yard field goal for Baylor and a Garrett Greene 13-yard touchdown run for West Virginia capped the scoring in the fourth quarter.