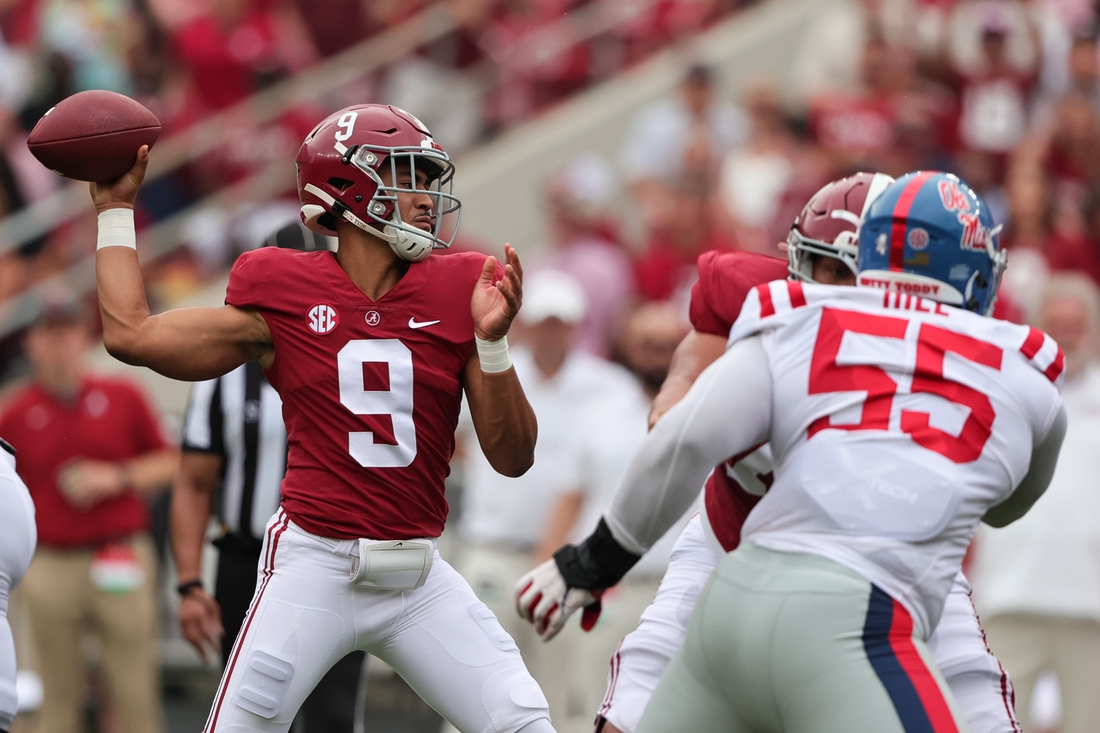 Matt Corral, the quarterback of the No. 12 Rebels, entered the game as the favorite. But that all changed after Alabama took a commanding 28-0 halftime lead on the way to victory.

Against Ole Miss, Young was 20-of-26 passing for 241 yards with two touchdowns and one interception.

In the loss, Corral completed 21 of 29 attempts, tallying 213 yards and a touchdown.

Last Sunday, Corral was listed at +150 at both DraftKings and PointsBet, with BetMGM offering him at +160.

The closest competitor in Heisman odds is Desmond Ridder. The Cincinnati quarterback moved to +1200 at DrafKings and BetMGM and to +1500 at PointsBet after the No. 7 Bearcats toppled No. 9 Notre Dame 24-13.

Ridder finished the game 19-of-32 passing for 297 yards with two touchdowns. He also scored one rushing TD.