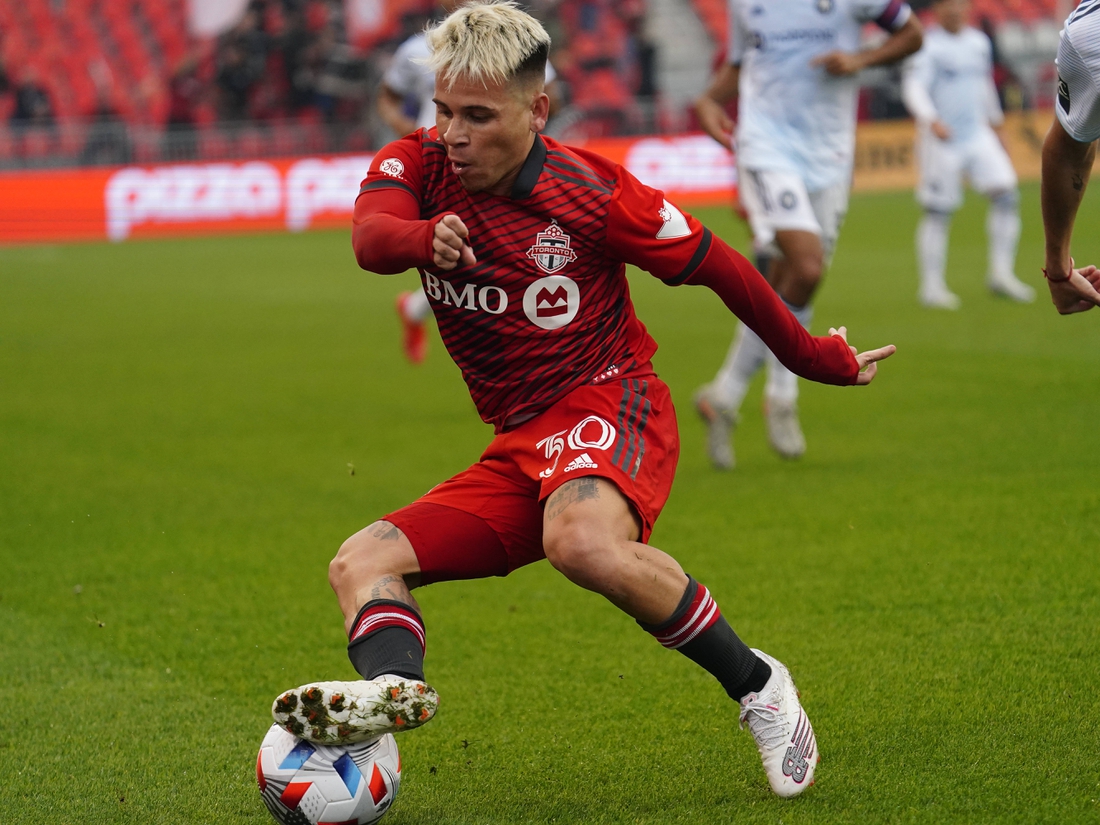 The home side had a chance to get on the board first in the 15th minute when Ifunanyachi Achara, Yeferson Soteldo and Omar Gonzalez drove up the field in transition, with Gonzalez getting a shot off that was saved by goalkeeper Gabriel Slonina.

Striker Robert Beric made it 1-0 for Chicago one minute later with a right-foot kick from the right side of the box that went over goalkeeper Alex Bono’s hands and into the net.

Forward Jacob Shaffelburg had a pair of opportunities minutes apart, his first a shot from the left edge that was caught by Slonina while the second sailed over the net.

The Reds were awarded a penalty kick in the 35th minute after a Chicago hand ball in the goal area but Soteldo’s kick was stopped by a diving Slonina.

Marky Delgado brought Toronto level with a shot from the top of the box off a cross from Shaffelburg in the 44th minute, to tie it 1-1.

Auro Jr. sent a feed to Shaffelburg speeding down the left wing in the 48th minute to make it 2-1 for Toronto but the goal was flagged for offside.

Toronto would get its 2-1 lead in the 56th minute on Gonzalez header off a corner from Soteldo, giving the home side their first lead of the game.

Soteldo got by the Chicago defense to make it 3-1 from the top of the goal area in the 70th minute.

Beric scored to narrow it to 3-2 in the 83rd minute, but it was flagged for offside.