MLB: Red Sox surge past Nats, draw even with Yankees 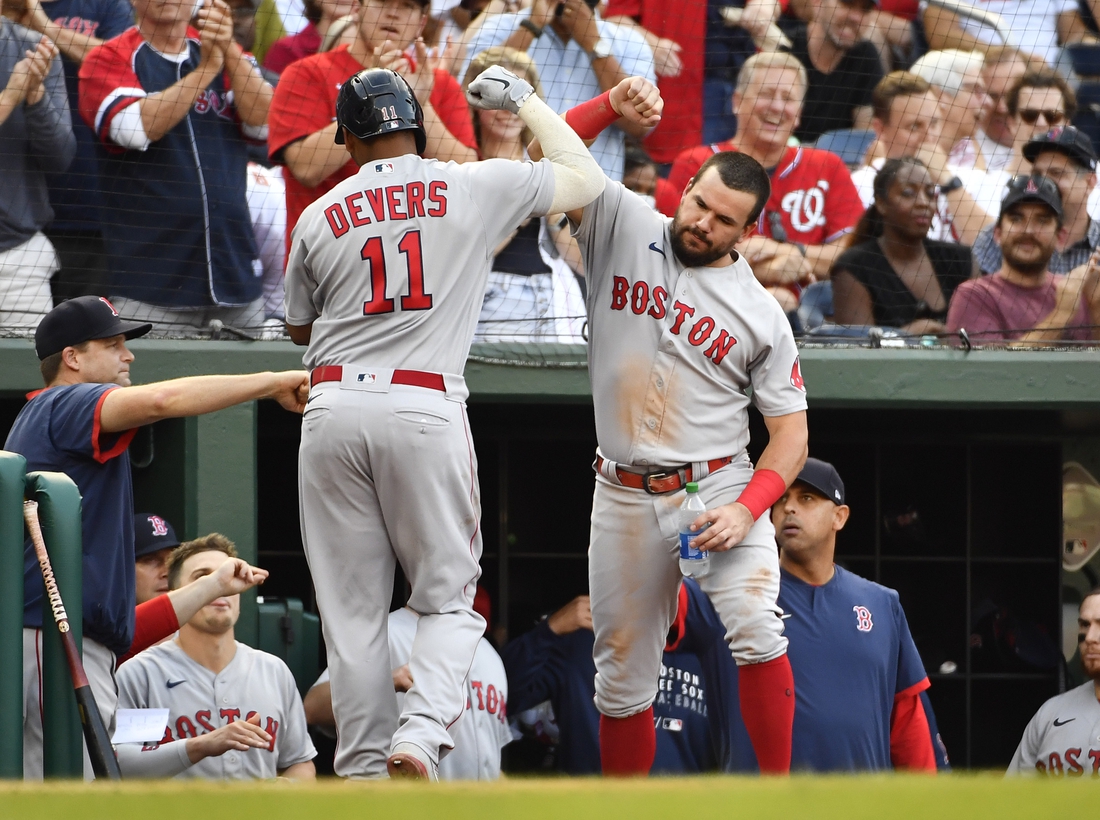 Kike Hernandez hit a two-run homer to cap a four-run ninth inning and the visiting Boston Red Sox moved into a tie for the first America League wild card with a 5-3 win over the Washington Nationals on Saturday.

Boston (91-70) is tied with the New York Yankees, who lost for the second straight day to the Tampa Bay Rays. The Toronto Blue Jays beat the Baltimore Orioles on Saturday to remain one game behind Boston and now New York.

J.D. Martinez drew a walk against Tanner Rainey (1-3) leading off the ninth and Jose Iglesias pinch ran. Alex Verdugo and Hunter Renfroe struck out, but Christian Vazquez tripled over the head of Juan Soto in right, scoring Iglesias with the go-ahead run.

Travis Shaw singled home Vazquez and Mason Thompson came on to face Hernandez, who homered to left center to make it 5-1.

Andrew Stevenson hit two-run homer off Austin Davis in the bottom of the ninth before Hansel Robles came on to get three outs for his 14th save.

Boston starter Tanner Houck, whose last three appearances were in relief, started and tossed five perfect innings before leaving. He struck out eight.
Nationals starter Josiah Gray allowed one run on three hits over six innings. He walked two and struck out seven.

Center fielder Renfroe lost Ryan Zimmerman’s fly ball in the twilight, allowing Zimmerman to reach on a one-out double against Adam Ottavino. Lane Thomas and Alcides Escobar walked. Davis (1-2) came on to face Soto, who flied to the warning track in center, scoring the tying run.

The Red Sox originally broke the scoreless tie with two outs in the fourth when Devers connected with a 2-2 Gray fastball for a homer to center. It was his 36th of the season.

Gerardo Parra, activated from the injured list earlier in the day, singled in the sixth for Washington’s first hit.

The Nationals loaded the bases on two infield singles sandwiched around a walk with two outs in the seventh, but Jordy Mercer was called out on strikes and then ejected.