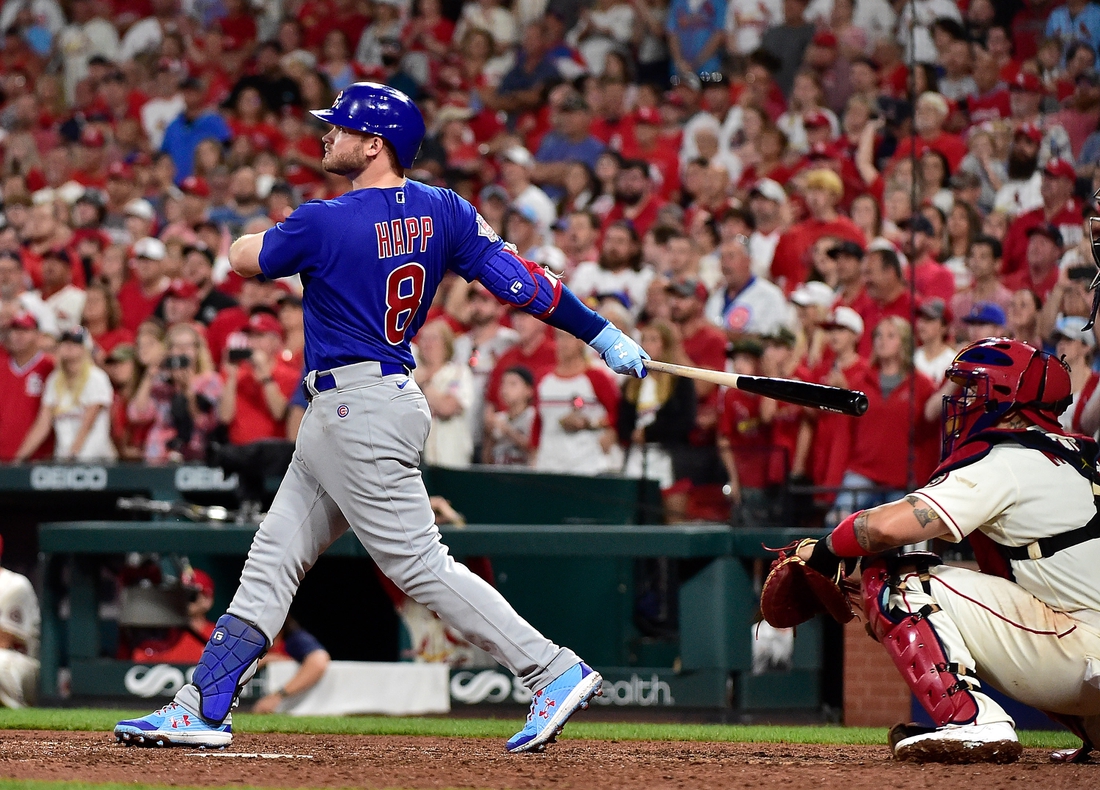 Ian Happ hit a two-run homer in the ninth inning to rally the visiting Chicago Cubs past the St. Louis Cardinals 6-5 Saturday.

Trayce Thompson went 3-for-4 with a grand slam for the Cubs (70-91), who won for the third time in their last four games.

Harrison Bader hit a homer and scored twice for the Cardinals (90-71), who lost for just the second time in their last 21 games.

Cubs starting pitcher Adrian Sampson allowed one run on three hits in four innings. He struck out seven batters and walked two. Jason Adam (1-0) earned the victory in relief and Rowan Wick earned his fifth save.

Cubs catcher Willson Contreras added to his team’s extensive injury list when he exited the game in the middle of the third inning with hip tightness.

Bader put the Cardinals up 1-0 with his first-inning leadoff homer.

With one out in the fourth inning Matt Duffy hit a double, Thompson hit a single, and Sergio Alcantara walked to load the bases for the Cubs. But Trent Giambrone struck out and Johneshwy Fargas grounded into an inning-ending force out.

Lester loaded the bases again in the fifth inning — and this time it cost him.

He allowed Erick Castillo’s infield single, then walked Happ and Duffy. Thompson followed with his grand slam to put the Cubs up 4-1.

In the bottom of the inning Paul Goldschmidt hit a one-out double and Tyler O’Neill hit a RBI triple to cut the lead to 4-2.

The Cardinals took a 5-4 lead in the seventh inning. Bader reached on an error and O’Neill and Tommy Edman followed with singles to produce one run.

Edman stole second base and Dylan Carlson hit a two-run single to give the Cardinals a temporary lead.