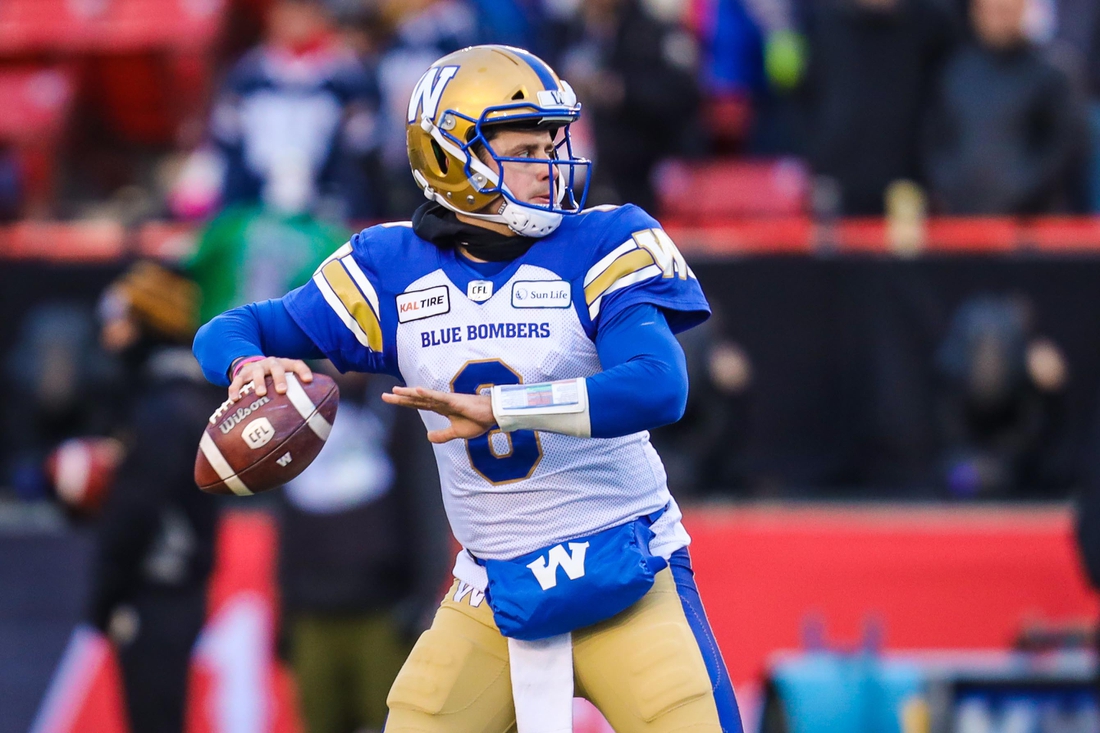 For the Winnipeg Blue Bombers, it’s a chance to put a CFL West Division foe away for the year.

For the Edmonton Elks, it’s a win-or-die proposition not just this week, but for the remainder of the season.

That’s how the teams are likely approaching their home-and-home series over the next two weeks, starting Friday night in Winnipeg. While it’s unlikely that Edmonton (2-5) can win a division title even with a sweep, it’s becoming more obvious a sweep is its only avenue back into a playoff race.

And that appears less and less likely when one considers they are coming off a 34-24 loss on Sept. 28 in Ottawa. The Redblacks own the league’s worst record at 2-6. Both wins have come at the Elks’ expense.

What’s more, the schedule is working against Edmonton. It not only has this back-to-back set against the 2019 Grey Cup champs, but another back-to-back in November against the West’s second-best team, Saskatchewan.

And its visit to Regina on Nov. 13 starts a stretch of three road games in seven days to end the season. Due to an August postponement in Toronto because of a COVID-19 situation, the Elks must squeeze in a Nov. 16 trip out east before ending the year at B.C.

“I think the record speaks for itself,” coach Jaime Elizondo told the Edmonton Sun. “… Our focus is simply on moving forward and fixing it, playing better and coaching better.”

While Edmonton has on- and off-field problems to navigate, the Blue Bombers (7-1) possess the league’s best record and look fully capable of a successful title defense. They have won five straight games and only the first one, an 18-16 squeaker over Calgary on Aug. 29, was close.

Winnipeg’s only issue of late has come outside the white lines. Starting receiver Kenny Lawler drew a one-game suspension after being charged with impaired driving, so the Blue Bombers tapped rookie Kelvin McKnight to take his place instead of veteran Naaman Roosevelt.

McKnight has 10 catches for 71 yards in three games and established a good connection with veteran quarterback Zach Collaros in preseason.

“Not like I wasn’t confident before, but you get a little bit more comfortable as you just get more reps and games under your belt,” McKnight said to the Winnipeg Free Press.