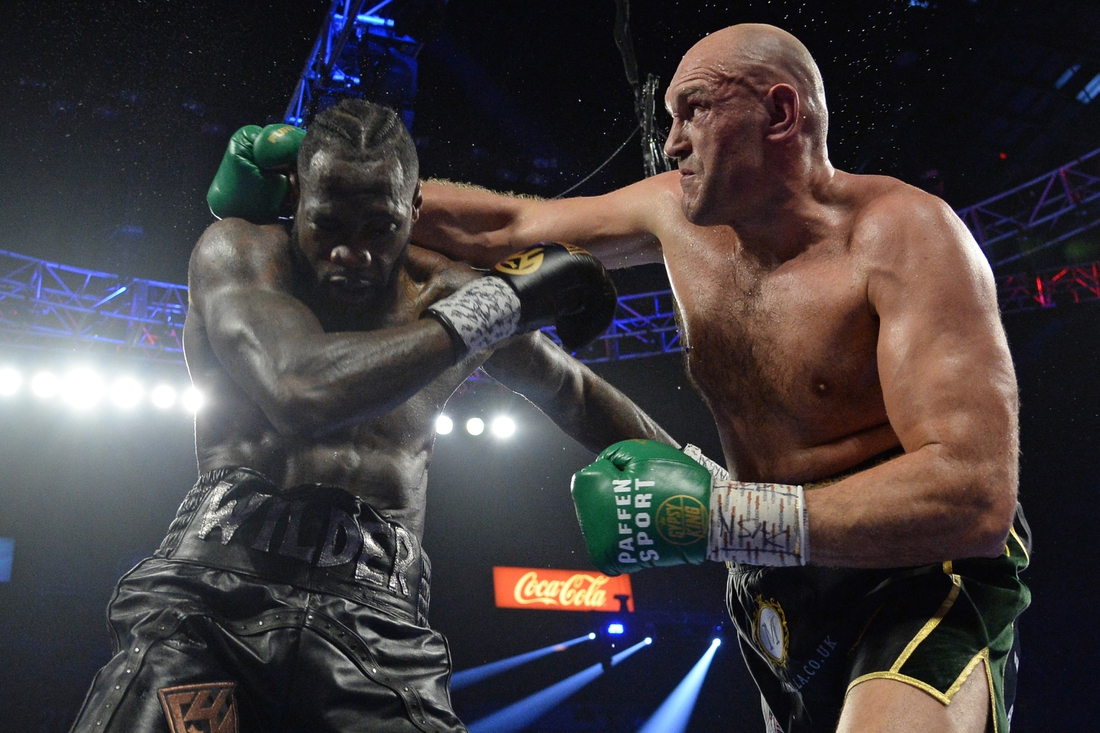 Fury opened at -330 at PointsBet, where his odds have since lengthened slightly to -300 with 55 percent of the bets backing Wilder (+245). However, 74 percent of the money has been placed on Fury.

The fight at T-Mobile Arena in Las Vegas marks Fury’s first defense of his World Boxing Council belt against the opponent he dethroned 20 months ago.

Neither fighter has fought since the rematch. Their third bout was rescheduled from July 24 after Fury tested positive for COVID-19.

“It was a time of frustration because as a fighter you’re ready to go,” Wilder said of the delay between fights. “This is the longest I’ve been out of the ring, especially when I’m anxious to get in the ring.”

For Wilder, another opportunity at Fury is spiced with harsh accusations toward the new champion. According to the ex-titleholder, Fury benefited from unproven advantages, including doctored gloves, to win the rematch.

“Many people can believe what they want,” Wilder said. “We’re all human. We believe what we want but eyes don’t lie. It only made be better as a man, as a fighter. It made me even hungrier than before.”

“Maybe if he had come up with one of these excuses, it would have been believable, but not 15,” Fury said. “He can believe what he wants. What it tells me is that he’s a weak mental person that I am going to knock out Saturday night.”

A native of England, Fury first won the heavyweight title with a decision over Wladimir Klitschko in 2015. But substance-abuse problems were among the personal demons that marred Fury’s first post-title experience. The multiple sanctioning bodies which recognized Fury as champion stripped him of the belt before making a defense.

Wilder, a 2008 U.S. Olympic bronze medal winner, won the WBC belt in 2015. The native of Tuscaloosa, Ala., became one of the best punchers in heavyweight history, stopping nine of 10 challengers.

After the split draw in the first meeting, Fury didn’t allow the judges to determine the outcome in the rematch. He outboxed Wilder and also scored with power shots that floored Wilder in the third and fifth rounds. The punch buildup eventually forced Wilder’s former trainer Mark Breland to throw in the towel and stop the fight.

“There’s no pressure on me,” said Wilder, who replaced Breland with Malik Scott for the third bout. “And then, when you have nothing to lose, all the pressure is on him.”

Fury, meanwhile, looks forward to solidifying his grip on the division and finally dropping the curtain with his now-familiar opponent.

“I beat him the first time after three years out of the ring, quite comfortably actually,” Fury said. “He won two rounds of the 12-rounders. I absolutely obliterated him in the rematch. He didn’t win any of the rounds. This third fight I can see much more of the same.”