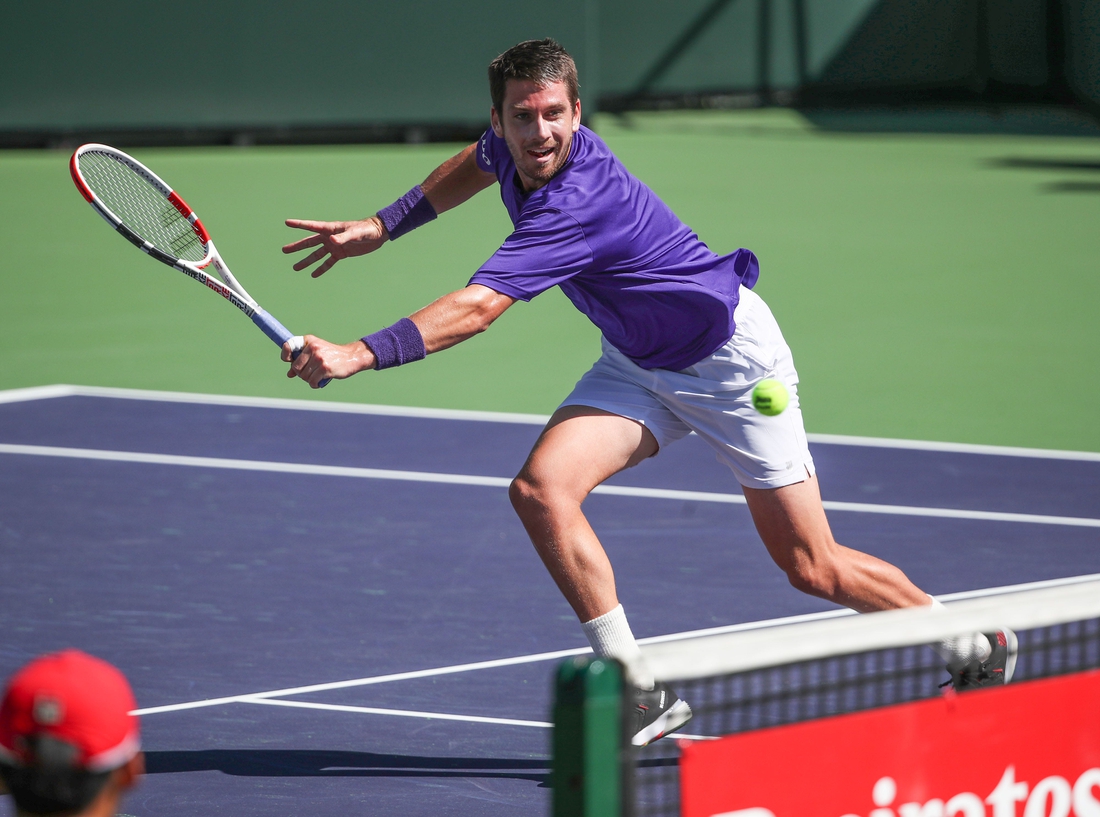 Cameron Norrie advanced to his first ATP Masters 1000 semifinal with a 6-0, 6-2 victory over Diego Schwartzman on Thursday in the quarterfinals of the BNP Paribas Open in Indian Wells, Calif.

Norrie also went 10-for-17 on his second serves, while Schwartzman only could manage to win 3 of 19.

“Everything went my way today,” Norrie said. “Right from the beginning I was timing the ball well. I thought I was in for a long match because the previous times we have played have been so long and so physical so I was ready for that.”

Dimitrov, the No. 23 seed hailing from Bulgaria, took down Polish eighth seed Hurkacz one day after upsetting top-seeded Daniil Medvedev in three sets.

Hurkacz delivered 14 aces and committed just one double fault, while Dimitrov went without an ace and had four double faults. But Hurkacz couldn’t capitalize on break-point opportunities, winning just three of nine. Dimitrov went 3-for-4 on his break points.

Dimitrov led 5-2 in the third set before Hurkacz stormed back to tie it 5-5. Each player held serve once more to trigger a tiebreak. Dimitrov lost his serve on the opening point, but bounced back by winning four in a row en route to a runaway win.

“I stayed in it,” Dimitrov said. “Especially after that first set it was very hard for me to find my range today. I was a little bit tired from yesterday and didn’t feel I really had enough time to rest and push, but I still felt and I knew I had something in me. I knew that I had to step up and be a little bit more aggressive.”

Dimitrov added that he was “definitely not surprised to see Cameron Norrie in the semifinals.” The winner of their match Saturday will advance to Sunday’s final.

The other two quarterfinal matches are set for Friday. No. 2 Stefanos Tsitsipas of Greece will do battle with No. 29 seed Nikoloz Basilashvili of Georgia. Then, No. 3 Alexander Zverev of Germany will meet No. 31 Taylor Fritz of the United States.