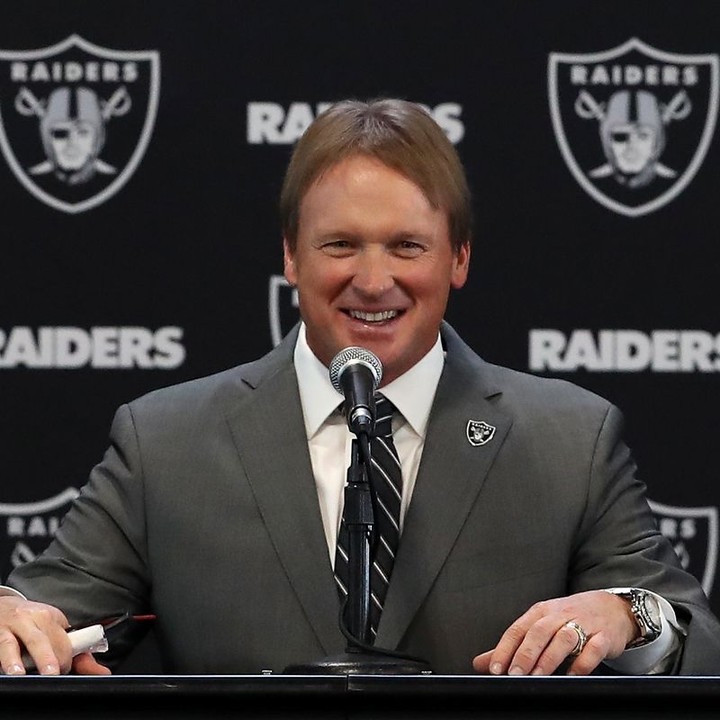 Long-time head coach of the Las Vegas Raiders Jon Gruden has stepped down from his position as head coach of the football team. His resignation comes on the heels of news that his emails sent before his appointment were prevalent with homophobic, misogynistic, and racist comments.

An investigation on workplace misconduct into the Washington Football Team (WFT) that did not directly involve Gruden, turned out to be his Achilles’ heel. Reports came in from The New York Times on Monday, stating that the coach had used “misogynistic and homophobic language” in his emails and his comments were directed at Commissioner Roger Goodell and certain other people in the National Football League.

The 58-year-old- trainer released a statement on Monday night, announcing: ‘I have resigned as head coach of the Las Vegas Raiders. ‘I love the Raiders and do not want to be a distraction. Thank you to all the players, coaches, staff, and fans of Raider Nation. I’m sorry, I never meant to hurt anyone.’

The torrent of disclosing emails that mocked certain momentous changes made in the league commenced on Friday with The Wall Street Journal’s report on the racist term Gruden had used to describe DeMaurice Smith, the NFL union chief. There were mails with adverse comments also on, but not limited to,

There were also emails exchanged between Gruden and Allen, the son of former Redskins head coach, and some other men included pictures women clad only in bikini bottoms. There were also pictures of two NFL cheerleaders. The source of the cheerleader pictures holds importance because the crux of NFL’s investigation into the club’s work culture was the complaints by the WFT dancers. The NFL has previously tried to correct personnel who have indulged in domestic violence and faced censure for its unsuccessful efforts in addressing harassment of women and cheerleaders.

Gruden’s stepping down marks that end of his ‘10-year, $100 million contract’ with the American football team in 2018. Mark Davis, owner of Raiders accepted the coach’s resignation.